You Are Not Your Own 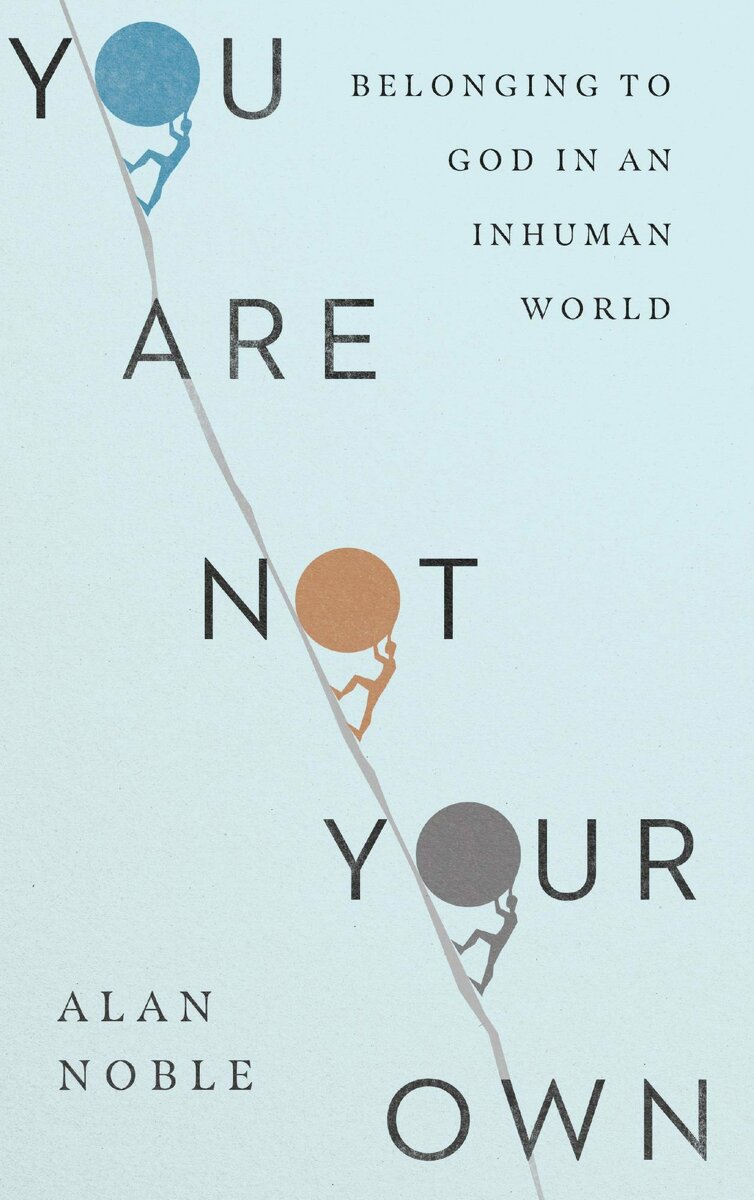 Alan Noble’s You Are Not Your Own: Belonging to God in an Inhuman World is in part an explanation of why hope is so hard to find these days. Why is it that when the longed-for answers to our problems arrive—by technology, science, or politics—the victories feel so hollow? Why, in spite of all of our progress and advances, can life still feel so bleak? Noble argues the answer will be found when we turn our attention from the weather of modern life—burnout, incels, mental illness, untethered consumption—to the climate of modernity.A metaphor also taken from Mathewes’s The Republic of Grace, p. 13. If it feels difficult to flourish as a woman or man in the modern West, there’s a reason: the conditions of life in the modern West are by and large inhuman.

Noble tells us that today we suffer from our own human version zoochosis, the form of psychosis that descends upon animals who live their lives in captivity at the zoo. Like the lion who paces obsessively back and forth in the caged environment that has been carefully designed to approximate his natural habitat, we also live in a world built for (and by) us, but which fails to fit us – and thus creates in us deep anxieties. We have constructed a new environment upon one of the foundational truths of modernity: “we are each our own, we belong to ourselves” (p. 3). At the center of all of the intellectual, moral, and spiritual projects of modern life is the sovereign self who arbitrates for her or himself all questions of identity, meaning, and purpose.

But when it is up to us to define ourselves, it is also up to us to justify ourselves. Humanity now lives with “the burden of self-justification” (p. 19). If only we determine our moral horizons, then only we can assure ourselves that we are living well. While self-justification might feel exhilarating for a season, eventually doubt, weariness, and even despair begin to creep into our hearts and minds. And so, we look for some kind of justification outside of ourselves. Drawing on Charles Taylor, Noble identifies the paradox of the modern self:Self-belonging is now woven into the social architecture of our world. we are fiercely individualistic and yet demand that our individualism constantly be affirmed by everyone around us. “No one has the right to define me, but in order to have an identity, I need them to see me and affirm me” (p. 25).

This “burden of self-justification” isn’t merely the shared plight of an aggregate of individuals; it is a reality that is built into the fabric of our media, culture, and institutions. Society forms us to be our own. Advertising curates nearly limitless options of the good life that we can choose for ourselves. Implicit in social media is the assumption that our identities must be expressed, displayed, and affirmed before various audiences. And running underneath all of this is a new standard for adjudicating the proliferating options of self-determination on offer to us: efficiency. Efficiency offers us both a way of making value judgments about the various options for self-justification on the menu and also the variety of techniques to attain them. Technique “gives people a way to function in society without getting lost in our own personal preferences” (p. 51). Feeling down and not enough in the modern world? Simply select a new identity that promises to make your life more efficient and then choose the accompanying techniques to attain the new self you’ve chosen. Self-belonging is now woven into the social architecture of our world.

This brave new world that Noble describes is populated by two kinds of people: the Affirming and the Resigned. The Affirming embrace the Responsibilities of Self-Belonging and the accompanying lifestyle of self-improvement, maximization of efficiency, and the belief that, given the right technique, progress is inevitable. “Whether they use technology to improve themselves and accomplish goals or shun it for more organic, analog methods of self-improvement and accomplishment, they believe that society has provided them adequate tools (techniques) to become their best self, and that life is about becoming your best self” (p. 80). The Way of Affirmation is wide, and big enough to include technocrats, neo-stoics, productivity-hacks, justice activists, and mindfulness gurus.

The Resigned, on the other hand, are those who opt out of the Way of Affirmation. The Resigned have at some point become aware that a globalized world constantly straining in endless self-maximization is exhausting, and so they abdicate from the competition. They are just as aware as the Affirming that society is premised on self-belonging, but they have come to believe that they cannot keep up, so they attempt to carve out some kind of happiness for themselves.Both the Affirming and the Resigned live in a world organized by the principles of Self-Belonging. “Rather than failing to accept responsibility, the resigned have reasonably concluded that the best way for them to accept their Responsibilities of Self-Belonging is to find an alternative space to pursue existential justification” (p. 82).

Both the Affirming and the Resigned live in a world organized by the principles of Self-Belonging. Noble’s analysis is most helpful—and also most sobering—when he demonstrates how Christians, too, unknowingly play by the rules of Self-Belonging. “Christians in America are carriers of contemporary disease, too. Like the rest of Western society, the church in the West tends to be good at helping people cope with modern life, but not at undoing the disorder of modern life” (p. 3). If we have enough courage to ask why Christians are often just as anxious as our neighbors and just as likely to practice strategies of self-medication, then we will be able to see that we, too, play by the rules of Self-Belonging.

So why—in spite of all of our advances, progress, and achievements—does hope have such a hard time in the modern world? Because modernity is built for people to belong to themselves. By contrast, a truly Christian anthropology confesses that we do not belong to ourselves: we are not our own, but belong to Christ. In Chapters 5–7, Noble expands upon this truth from the Heidelberg Catechism. But while the catechism invites us to move with and not against the grain of our creatureliness, living as those who do not belong to ourselves is doubly difficult in modernity. Both our own sinful nature and also our world’s social architecture work to form us to live as our own.

Because of this, Noble’s description of the shape of Christian faithfulness may seem deflating or unsatisfying. This is because we cannot return to the framework of Self-Belonging to find an answer to our problems. We cannot revert to another technique that will allow us to free ourselves from the malaise of modernity. Faithfulness begins with refusing the lie that, having diagnosed the fundamental problem of modern life as Self-Belonging, the answer will be found in a better iteration of our own strategies of Self-Belonging. Instead of reverting to the false hope that we have an answer to modernity’s problems, Noble tells us we must “wait without hope”—that is to say, to wait and hope for God to act rather than to hope in our own abilities. Instead of making efficiency the bottom line of our lives, we live instead by prodigality. “Waiting on God’s work of grace, which defies our expectations . . . appears to be foolish. What a waste of time and energy! And yet it is precisely this resting in God’s work, not our own, that challenges the spirit of autonomy” (p. 178). This alternative way of faithfulness unfolds in all we do: our work, our families, and our politics.

Noble offers us a profound analysis of the problems of modernity and an answer to the question of why hope is so hard to come by these days. And more than that, Noble offers an alternative picture of discipleship in the modern world, one that instructs us to wait, to hope, and most of all to belong to Christ—both in life and in death. We are pleased to publish this series of responses to You Are Not Your Own from ministry leaders and pastors who are currently going about the work of creatively and faithfully embodying these alternative models of discipleship in their own communities. It is our hope that their contributions will further the discussion that Noble has begun of how we might live well in the modern world. Joey Sherrard (PhD University of St Andrews) is the Associate Pastor of Discipleship at Signal Mountain Presbyterian Church in Chattanooga, TN. He is the author of T.F. Torrance as Missional Theologian (IVP Academic, 2021). He is a member of the Center for Pastor Theologians and leads a chapter of the Paideia Center for Theological Discipleship.