The Frailties of Embodied Existence

This is not just an academic question for me. As I am writing this essay, I am serving as the primary caregiver for my 88-year-old father who is suffering from multiple co-morbidities, including dementia. The frailties and limitations of our embodied condition are part of his (and, therefore, my) daily experience. Since I am a legatee of his genetic contribution, aging and its sequelae are at the forefront of my life right now and shall be in my future. So, I am painfully aware of many of the motivations for a posthuman existence. 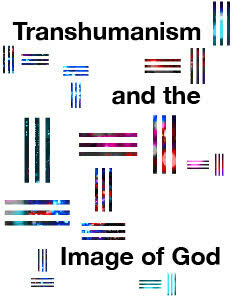 The frailties and limitations of our embodied existence are many. Pain and suffering are palpable, persistent, and pervasive in the human experience and I share with my transhumanist friends a passion for their relief. The human brain and body are at the same time both stunningly robust and staggeringly frail. The number of physical insults the body can endure is only equaled by its fragility. We punish our bodies through risky behaviors, terrible diets, and sedentary lifestyles, and survive. At the same time, a tiny spore of anthrax, a golf ball to the temple, or a virus of COVID-19 can be fatal. Quite apart from direct insults, intelligence, memory, and perception, more often than not, erode with age, not to mention with the long goodbye that is dementia and Alzheimer’s. Who in their right mind (dark pun intended) wouldn’t wish for more, rather than less, of those human goods we associate with human flourishing?

I don’t deny that all these claims are contentious. My friend, Leon Kass, wrote an extraordinary essay some years ago in the journal First Things. In “L’Chaim and Its Limits: Why Not Immortality?”, Kass asks a number of penetrating questions about the potential benefits of  temporal finitude, which I do not intend to engage, but include several for the reader’s contemplation: (1) If the human life span were increased even by only twenty years, would the pleasure of life increase proportionately? (2) Could life be serious and meaningful without the limit of mortality? (3) Does the aesthetic appreciation of beauty and love depend on their transitory nature? (4) Given human creatureliness, would immortals pursue the noble, courageous, good, and the holy? (5) Is immortality a kind of oblivion—like death itself? These are deep questions worth pondering, although I suspect the knee-jerk rejoinder is that, of course immortality is better than mortality!

Before offering a modest response to that question, at the risk of appearing pedantic or pugilistic, I must take umbrage at the way the question is framed. Nathan Barczi uses the term “biological transhumanism” in his essay. I cannot recall that terminology in the transhumanist literature and none of my transhumanist friends limit the scope of their use of biotechnologies only to biological alteration.  A brief internet search did not uncover that term either.

In another category there are those who would not identify themselves as transhumanists who champion biological developments of the type Dr. Barczi outlines: advances in gene editing, research into longevity, anti-aging, etc. These developments are certainly under the remit of transhumanism, but untold numbers of people affirm the aims of human enhancement who have never heard of transhumanism. They would want to preserve our humanity by not only healing our infirmities (therapy), but enlarging our capacities (enhancement), a now notoriously vexed distinction.

For my purposes, therefore, I will focus on the question as it is formally posed: can reflection on transhumanism help clarify what we mean by imago Dei? Interestingly, transhumanism turns out to be a perverse type of vitalism. “Life” is the ultimate good to be preserved and every other aspect of the human condition may be altered to preserve it, even if that means abandoning one’s biological humanity for whatever post-humanity looks like. Posthuman flourishing, then, is the maximalization of an individual’s conscious existence even if the substratum of that existence—namely one’s embodiment—is forfeited for a Matrix-like virtual environment. Thus, the maximalization of self-ish excarnation, not biological incarnation, is the summum bonum of transhumanism. The human body is simply too limited to serve the ultimate goals of the project.

Granted, the promise of this resurrection includes the shedding of these metaphorical “jars of clay” and “earthly tents” as St. Paul puts it in 2 Corinthians 4 & 5, but the promise does not find fulfillment in excarnation, but in incarnation—in a new body, “a heavenly dwelling” (2 Cor 5:2). This new body is not a limitless self as it is in trans/posthumanism. No, this new body remains conditional, limited, and dependent on God. Immortality is conditioned on the will and nature of God. The preservation of life itself is not the sole aim, but the condition through which the affections of this new self are turned to the embodied worship and service of the true and living God, rather than to the satisfaction of the desires of the excarnate self.

It may be commonplace to point out that a Christian imaginary has too often embraced the disembodied individualism that seems endemic to transhumanism, but it is no less true. The dualism we have inherited in the West has corrupted many aspects of our thinking, including our understanding of the imago Dei. There is only one way to be human and that is to be embodied. Jesus of Nazareth, fully God and fully human, provides the benchmark for us. His resurrected body is no less human than his earthly body, but is the perfection of human embodiment.

Christians confess not only Christ’s embodied resurrection, but the resurrection of our human body and life everlasting (see The Apostles’ Creed). Transhumanism’s repugnance of human embodiment, including its limitations, reveals a pathological self-loathing. One cannot will consistently both the persistence of the self and the annihilation of embodied existence. Whatever else the imago Dei may be, it is found in our embodied humanity.