Fallenness and Flourishing: Introducing the Symposium

By the time I reached high school in Southern California in the mid-1990s, the OBEY street art phenomenon had already arrived from its New England origins. Among the varied flyers, stickers, and tags that might adorn any given vertical surface at my school, one could usually find the—now iconic—image of Andre the Giant’s face with the word “OBEY” in clean, block, sans serif beneath.

The instruction (or direction or command?) to obey in the context of vandalism was, of course, an antiauthoritarian irony. Its 1984­-esque aura encouraged the exact opposite of the term: rebellion, individualism, nonconformity, anti-capitalism, and other punk rock values. The further irony now is that as a clothing company the OBEY brand is worth many millions more than the cost of those original vinyl stickers. The fact that one can now buy an OBEY sticker on the website owned by one of the richest men in human history lends much fodder to the discussion about whether punk is dead. 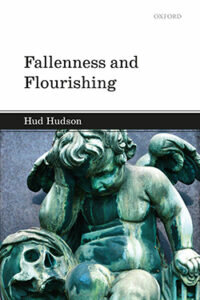 Obedience sits in an awkward locale in the contemporary Western, and especially American, mind. The Boston Tea Party, taxation without representation, the whites of their eyes, and all that erect an anti-royal, anti-submission, anti-obedience cornerstone in the American founding narrative. Individualist expressionism, personal freedoms, and unrestricted liberty are the revered virtues of the land where the Almighty “I” reigns supreme. Yet, Hud Hudson avers, this has not made us more happy or more content; it has not resulted in our flourishing. In fact, just the opposite occurs. The modern human lives in a constant state of disharmony with herself, her peers, and her environment. According to Hudson, the antidote to this modern disharmony is the same as has always been the antidote, the virtue of obedience. If the punk movement that manifested itself in nonconformist expressions has itself become the mainstream authority, then the fact of the matter is that I cannot now imagine a more punk rock virtue than obedience.

Throughout Hudson’s text, Milton’s Paradise Lost forms a conceptual scaffolding for exploring the fallen human condition and the possibilities of human flourishing. In one poignant selection, Hudson relates these lines from the Archangel Raphael who speaks to Adam:

That thou art happy, owe to God;

That thou continu’st such, owe to thyself,

Adam was made perfect, but not without the possibility of altering his state. Obedience was to be the means by which Adam would, but did not, remain in his Edenic form. As it was then the means for human flourishing, so too is it still the mean for flourishing, this side of the bite of the forbidden fruit.

Yet despite images of obedience that might flicker in our minds of heartless automatons marching in lockstep, obedience is as much or more about the heart than it is the action. For Hudson, obedience “is a combination of an abiding and deeply seated pro-attitude towards uniting one’s will with God’s will” (p. 162). I personally love this “pro-attitude” language. The full-fledged execution of one’s will can be excruciatingly difficult at times, a bar much too high to reach. But a minimal kind of pro-attitude might just be possible for the one who feels too exasperated, too downtrodden, too helpless to pull off an act of obedience. This is especially pertinent given Hudson’s arguments for a philosophy of pessimism, the view that the world is—on the whole or for the most part—bleak, to say the least. In this vein, Hudson’s tune is less punk rock and more emo-core or perhaps death metal.The pessimism in Hudson’s worldview would seem to have one of two termini: sloth or obedience.

The pessimism in Hudson’s worldview would seem to have one of two termini: sloth or obedience. But sloth is the way of distraction, destruction, and death. In no wise is this human flourishing. So Hudson proposes to chart the path toward the opposite of death paved with the virtue of obedience: “The remedy to sloth is found in cooperating with (or, even more minimally, in not actively resisting) God as one’s relationship with God is repaired” (p. 119). To my mind, Hudson’s parenthetical comment here is perhaps even more wise than the directive found outside the parentheses, and I am not sure I would call it more minimally. To be sure, cooperation with the divine is wise advice. Hudson does much to advance this encouragement and I would in no way demur from this guidance. So I simply may wish to highlight “not actively resisting” both as a program in itself and as a necessary foundational feature to any further cooperation. From my angle—a certain kind of systematic theological one—the point of not actively resisting (or perhaps active nonresistance or even non-active nonresistance) is to provide a slight opening for the activity of the Holy Spirit in the life of the human.

A classic Anglican collect, now used for the second Sunday of Lent according to the 2019 Book of Common Prayer, includes this opening clause, “Almighty God, you know that we have no power in ourselves to help ourselves.” This captures the sentiment that we humans need divine assistance if we are even going to get the project of obedience off the ground. If I might make one augmentation to Hudson’s project, it would stem from this prayer. We open ourselves to the life-giving power of the Spirit who through the empowerment of grace enables us to acquiesce to the help offered. The minimalist of pro-attitude’s towards God’s will would simply be achieving a neutral posture towards God’s offer of help.

Another sticker one might see adorning vertical surfaces or the bumper of the nearest Subaru or Prius says simply RESIST. This, supposedly, is a speech-act executed non-ironically and these too can be purchased at your local $400 billon website. How very ironic, but in a sense how very punk, if the antidote to the sloth malaise of modern life turns out to be non-resistant obedience? Perhaps only then can we receive that which the collect goes on to request: “Keep us both outwardly in our bodies and inwardly in our souls, that we may be defended from all adversities that may happen to the body, and from all evil thoughts that may assault and hurt the soul.” James M. Arcadi is the Rector at All Souls Anglican Church in Wheaton, IL and an adjunct professor of systematic theology at Wheaton College. He is the author of multiple books, including An Incarnational Model of the Eucharist (Cambridge University Press, 2018).