If one were to peruse recent theological collections on the doctrine of creation, two things become readily apparent: First, the breadth of sources is conspicuously thin. Second, of what resources are available, many are a response to intellectual challenges pressed upon traditional modes of thought by the advancement of modern science.

The modern doctrine of creation has too often vacillated between a complete accommodation to the received standards of modern science on the one hand, or a rejection of the findings of science as having any bearing on the claims of theology on the other. In this conference, our nine speakers will explore how the diverse concerns and questions raised by modern science appear within a range of theologians, from Warfield and Schleiermacher to von Balthasar and T. F. Torrance.

The conference begins at 8:30am on Friday morning, Feb 2, and ends at 12:00pm on Saturday afternoon. Lunch and dinner as well as Saturday breakfast will be provided.

8:30am  Kevin Hector, “Freedom, Necessity, and the Love of God: Schleiermacher on Creation”
9:45am  Bradley Gundlach, “B. B. Warfield on Evolution and Theology”
11:00am  Fred Sanders, “Another World: William Burt Pope on Primary and Secondary Creation”
12:00pm  Q&A with Hector, Gundlach, and Sanders

Continental Breakfast (begins at 7:30 am) 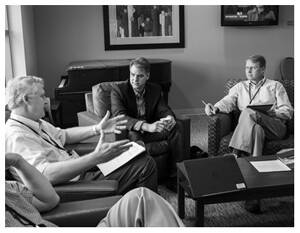 In concert with this event Sapientia is publishing an eleven part series examining theologians who won’t be covered in the conference. By doing so we hope to both contextualize the conference presentations as well as draw attention to some of the lesser known figures that have shaped contemporary theological reflection.

Dietrich Bonhoeffer | Christ at the Center of Creation: Bonhoeffer and the “God of the Gaps” (Mar 7)
Jeff Hardin, University of Wisconsin

Kathryn Tanner | How We Say What We Say about God and Creation (Mar 14)
Myk Habets, Carey Baptist College, New Zealand 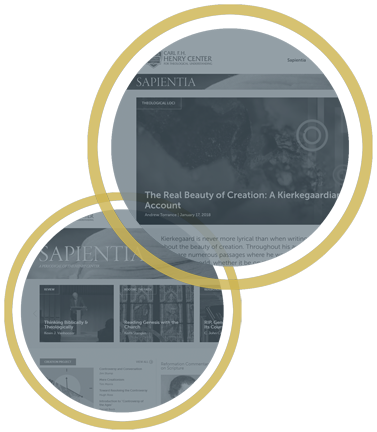 The conference will begin at 8:00am on Friday, February 2nd, and conclude at 12:00pm on Saturday, February 3rd.

Conference participants will receive a discounted rate at LaQuinta Inn and Suites, located adjacent to the TEDS campus. Below is further information about lodging and travel.

The Conference will take place in the Waybright Conference Center, on the campus of Trinity International University (Deerfield, Illinois), from February 2-3, 2018.

There are many hotels in the Deerfield / Bannockburn / Lincolnshire area, and here are a few of our favorites. Please book as early as possible, and make sure to ask if they offer a Trinity rate when you call to make your reservation.

The event will be located in Waybright Conference Center at Trinity International University. Trinity’s address is located at 2065 Half Day Road in Deerfield, IL.

If you have any questions or feedback about the conference, or would simply like to talk with someone in person, please do not hesitate to contact us.

If your inquiry is specifically related to conference logistics, please email Joel Chopp at [email protected]

Historically the Church has faced numerous moral, philosophical, and spiritual challenges to majority or even consensus interpretations of Scripture. Evolution is regarded by many not only as a significant challenge to orthodoxy but even as decisive evidence favoring naturalism and atheism. . .