Throughout Scripture, the God of Israel is revealed as the God who acts. In contrast to the idols of the nations, Israel’s God is the living God, possessing intellect and will, who sees and hears, and who intends and acts on behalf of his people in his mighty acts of creation, redemption, and covenant. Christians across confessional traditions have been united in affirming the centrality of God’s acts in history, even while understanding the precise nature of God’s intentions and actions differently. However, in the modern era, critical historical and scientific inquiry called these affirmations into question. It critiqued the philosophical explanatory systems traditionally employed to understand the nature of divine action and proposed scientific theories that presented a compelling picture of the world that appeared to conflict with these Christian affirmations.

These questions are still with us: are the traditional beliefs about divine action compatible with the methods and results of the natural sciences? Can one be informed, intellectually responsible, and still coherently affirm that God acts in the world–even in surprising and miraculous ways? This conference aims to explore and address these questions in a manner faithful to Scripture and in earnest dialogue with modern scientific research.

This conference will be hosted at Covenant Theological Seminary. 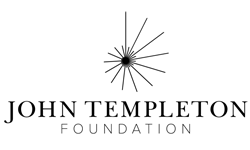