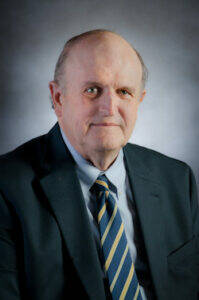 John D. Woodbridge has taught at Trinity since 1970. He has written or edited more than fifteen books, including Biblical Authority (1982), Scripture and Truth (1983), Hermeneutics, Authority and Canon (1986), Doing Theology in Today’s World (1991), Revolt in Prerevolutionary France (1994), and This We Believe (2000). His most recent book is The Mark of Jesus, coauthored with Timothy George (Moody Press, 2005) which addresses the question “How do we as Christians unknowingly impede the spread of the gospel?”

Dr. Woodbridge is a former senior editor of Christianity Today. He has taught at the University of Toulouse, France; Northwestern University; and at Hautes Études, the Sorbonne, Paris. He completed postgraduate study with fellowships from the National Endowment for the Humanities, the American Council of Learned Studies, and the Herzog August Bibliothek in Germany. In 1965 he was awarded a Fulbright felowship. Dr. Woodbridge is a member of the American Society of Church History, the American Society of 18th Century Studies, the American Catholic Historic Association, and the French Historical Society. His areas of expertise include evangelicalism, fundamentalism, the history of the Bible’s authority, the French enlightenment and the origins of higher criticism. He and his wife, Susan, have three children, Elisabeth, Josh, and David.