G. Walter Hansen is a scholar, pastor, and theologian. He is also a graduate of TEDS and a dear friend and supporter of the Henry Center for Theological Understanding.

Dr. Hansen received a B. A. in Philosophy from Wheaton College (1968), a M.Div. from Trinity Evangelical Divinity School (1972), and a Th.D. from Wycliffe College (1985). He has over 40 years of ministry experience, both in pastoral and academic contexts, both in the states and abroad (five years in Singapore). For nearly the last 20 years, Dr. Hansen has been teaching New Testament at Fuller Theological Seminary, where he is now Professor of Global Theological Education.

His areas of interest include Pauline Studies, Luke-Acts, and New Testament ethics. He has published extensively in these areas, including Abraham in Galatians: Epistolary and Rhetorical Contexts. JSNTSup 29. Sheffield: Sheffield Academic Press, 1989; “Paul’s Three Dimensional Application of Genesis 15:6 in Galatians,” Trinity Theological Journal 1 (1989) 59-77; Commentary on Galatians. Downers Grove: IVP, 1994; “Paul’s Conversion and His Ethic of Freedom in Galatians,” in The Road from Damascus: The Impact of Paul’s Conversion on His Life, Thought, and Ministry. edited by Richard N. Longenecker (Grand Rapids: Eerdmans, 1997) 213-237; “Resurrection and the Christian Life in Paul’s Letters,” in Life in the Face of Death. The Resurrection Message of the New Testament, edited by Richard Longenecker. Grand Rapids: Eerdmans, 1998; “Transformation of Relationships: Partnership, Citizenship, and Friendship in Philippi,” in New Testament Greek and Exegesis: Essays in Honor of Gerald F. Hawthorne. Edited by Amy Donaldson and Tim Sailors. Grand Rapids: Eerdmans, 2003; and, The Letter to the Philippians, The Pillar New Testament Commentary, edited by D. A. Carson. Grand Rapids: Eerdmans, 2009. 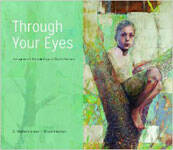 Beyond New Testament Studies, Dr. Hansen is also interested in the relationship between visual arts and theology. Not only does he serve on the Art Council at Westmont and the Advisory Board of Westmond Museum of Art, but he has also recently published (co-written with Bruce Herman) the book, Through Your Eyes: Dialogues on the Paintings of Bruce Herman (Grand Rapids: Eerdmans, 2013).

Dr. Hansen is married to Darlene Kirk Hansen, and they have three children and seven grandchildren. The Hansens currently reside in Chicago.