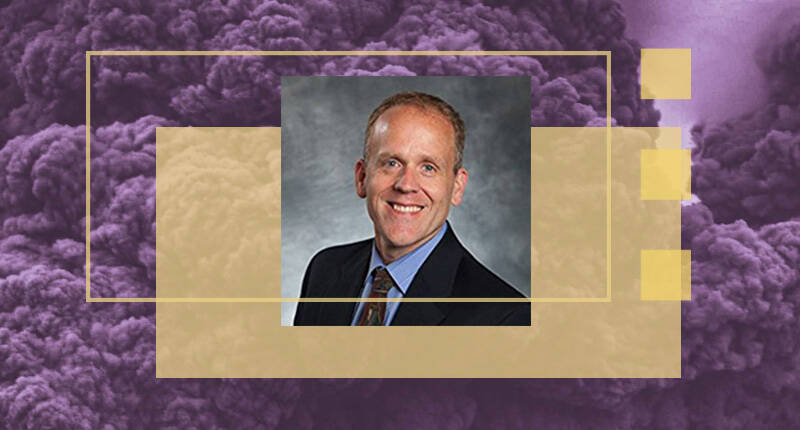 Marc Cortez, associate professor of theology and chair of the PhD program at Wheaton College, thinks it’s well past time the idea that there has been a long-standing war between Christianity and science needs to be debunked. Cortez was named a senior research fellow of the Henry Center’s Creation Project for the upcoming 2017–2018 academic year.

“The us/them mentality so prevalent in many evangelical contexts makes any meaningful dialog about these issues almost impossible,” Cortez says.

As the Creation Project enters into its second year with a focus on “affirming the doctrine of creation in an age of science,” Cortez finds himself uniquely positioned—given his recent scholarship focus—to speak into the popular misconceptions revolving around science and faith. It’s well past time the idea that there has been a long-standing war between Christianity and science needs to be debunked.And it cuts both ways: When many evangelical Christians think of “creation,” they might immediately think of “evolution,” and they often do so to cast suspicion upon other evangelical Christians as they engage these issues. On the other side of spectrum are those evangelicals who think of “creation” as necessarily entailing “evolution,” and what often follows is condescension toward those “fundamentalists” who refuse to believe in evolution, despite all the “evidence” to the contrary.

Too often the “creation vs. evolution” controversy controls the conversation, thereby obscuring the very theological convictions that may help frame the controversial issues, increase intellectual humility and openness, and provide fertile ground for new explorations between theology and science. The Creation Project’s second year will attend to critical elements of the historic Christian doctrine of creation (e.g., the goodness and contingency of creation, ex nihilo, divine action, etc.) and to important questions and potential challenges to those theological claims from modern science.

Cortez considers it of utmost importance for Christians in general “to go out of their way to listen to those Christians who are actively at work in the sciences.”

“Most of us hear regularly from at least some people who are involved in studying the Bible and theology (e.g., pastors),” he says, “but we almost never hear from the other side of the conversation. Consequently, we end up with a very biased view of ‘science,’ one almost entirely driven by the sensationalized version of the sciences found in popular TV shows, magazine articles, and blog posts.”

We’ve got to do better, and, perhaps unsurprisingly, plying this perceived impasse between theology and science arguably begins with how to understand God’s presence in creation faithfully, which brings us specifically to Cortez’s proposed project for this upcoming year as a senior research fellow.

The Good News about Creation

A doctrine of creation doesn’t just provide the backdrop for the unfolding theological revelations of the biblical narrative; it’s the very context in which that story is couched. That is to say, according to Cortez, that “we can’t really understand God’s purposes apart from the doctrine of creation.”

Not quite convinced? Cortez explains:

“The heavens and the earth are part of God’s plans at the beginning (Gen. 1), and they’re still central to his plans at the end (Rev. 22). And creation plays a pretty big role in between. If we’re going to be people after God’s own heart, we have to understand the doctrine of creation. So I’m happy to spend a fair bit of time convincing people that you can’t really understand the gospel completely apart from the doctrine of creation. If the gospel is (at the least) the good news that in Jesus God has accomplished his grand purposes, and if those purposes have always included creation, then the gospel is good news about creation. We could unpack that in lots of different ways, but the essence of the arguments isn’t that difficult to see.

“Of course,” says Cortez, “this is a little like convincing a narcissist that he should understand how other people think because those people are probably thinking about him. In other words, we should understand creation because it’s important for understanding ourselves.”

Divine Presence as a Key to Understanding Nature and Grace

During his fellowship, Cortez has stated his particular interest in two issues: First, he plans to explore ways of understanding God’s presence in creation, the extent to which that presence should be viewed sacramentally, and what this has to say about the Creator/creature relationship. Related to that, the second area of his research will focus on the respective roles that “nature” and “grace” should play in how we view the human person, “Evangelicals are often left with a rather anemic doctrine of creation, one that does not extend very far beyond, ‘In the beginning, God created.'” which will also involve understanding the relationship between protology (divine purpose at the beginning) and eschatology (divine telos at the end) in the doctrine of creation.

“Not only are these interesting theological questions in their own right,” Cortez says, “but they have significant potential for advancing evangelical engagement with the doctrine of creation beyond the questions [mentioned above] that have tended to dominate the discussion in recent years, while still offering theological resources for continuing to think about those topics.”

“Here as well we need a proper balance,” notes Cortez. “If we emphasize the uniqueness of divine presence in humans too much, we run the risk of downplaying the significance of the rest of creation. On the other hand, if we fail to maintain that distinction, we either undermine the uniqueness of the human person or we try to find ways of grounding that uniqueness in something other than God’s presence.”

Cortez will be addressing these two areas of research in two forthcoming volumes: Divine Presence: Incarnation, the Image of God, and the Sacramental Universe (Baker Academic) and The Doctrine of Creation (Zondervan). The latter project fills a significant gap for the sake of the church—today there aren’t any introductory level primers on this topic. It should come as no surprise that Cortez thinks the doctrine of creation is vital to a robust understanding of the Christian faith the church inhabits.

Throughout the course of his project, Cortez hopes to get evangelicals to think more theologically about the doctrine of creation. Conversations about evolution are important, he says, but he worries that such discussions have almost entirely blinded evangelicals to broader theological issues with respect to creation doctrine. 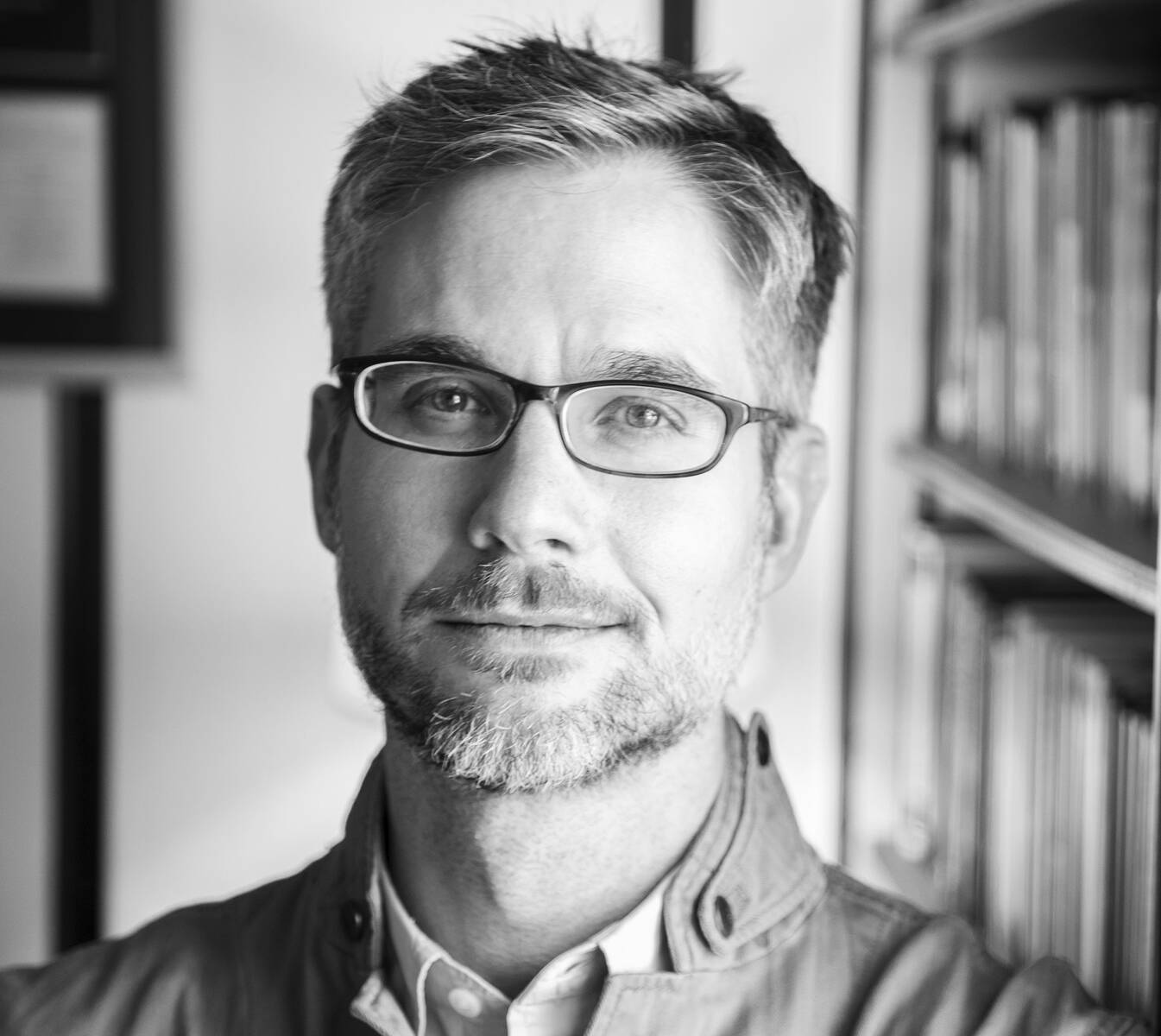 Chris Donato (MA Reformed Theological Seminary) is Co-founder and Editor of Sapientia and Assistant Vice President of University Communication at Trinity. He holds baccalaureate degrees in both literature and journalism from John Brown University, and is currently pursuing a PhD in systematic theology at TEDS. He is former Senior Associate Editor of Tabletalk magazine, editor of Perspectives on the Sabbath (B&H, 2011), and author of several articles online and in print.
All posts by Chris Donato   |   follow on &
View Add a Comment
Christ Places Himself Under the Law to Redeem Us from ItAugustine, Genesis, & the Goodness of Creation
Sapientia RSS
Newsletter Sign-up
More in Profiles See All
More in Creation Project See All