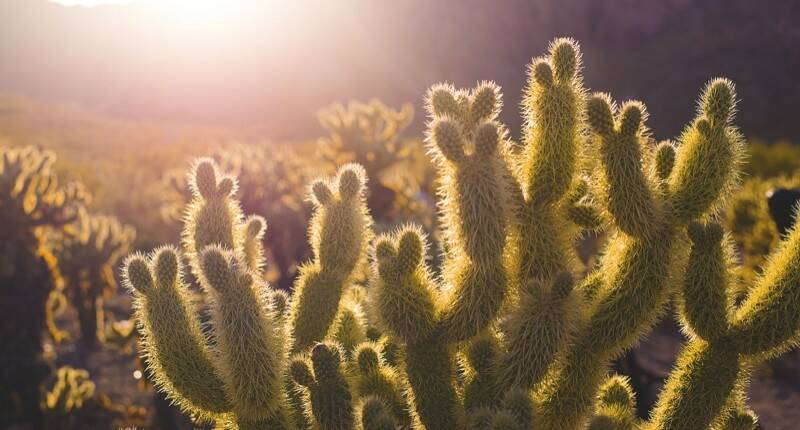 As I have worked with students over the years, I have noticed that many go through seasons of spiritual dryness in which desires for attentiveness are thwarted by feelings that God is distant and unresponsive.

How do we guide emerging adults in the midst of such seasons? How do we help them continue to strive for attentiveness when such focus seems to bear so little fruit? I have found Psalms 42 and 43 to be extremely helpful guides in such situations. The psalmist here is in the midst of some form of distress, exiled from his homeland and verbally attacked by enemies. The sense of spiritual dryness is palpable. He begins by noting, “My soul thirsts for God, for the living God. When can I go and meet with God?” (42:2). From there, the progression grows increasingly bleak. Three times he calls out, “Why are you downcast, O my soul? Why so disturbed within me?” (42:5, 11; 43:5). He then asks, “Why have you forgotten me?” (42:9) and, even more despairingly, “Why have you rejected me?” (43:2).

The psalmist in these chapters provides four helpful postures for remaining spiritually attentive even in the midst of such an arid state. First, he continues to talk to God even though he hears nothing in response:

During times of spiritual dryness, emerging adults’ first instinct is often to withdraw, to stop communicating with God: “If God is not talking, I guess I won’t either.” Yet the psalmist continues to address the seemingly absent God. He doesn’t feel God’s presence, so he talks to him about the fact that he doesn’t feel his presence. He talks to the missing God about the fact that he misses him! I talk to many students who say that when they don’t get anything out of prayer or time in the Word or worship, they just stop doing it. But here is the thing for emerging adults to remember: even if his presence is obscured and even if they don’t want to go to him, he is still there. He is no less loving. He is no less passionate for their good. He continues to delight in them, to sing over them, to intercede for them. His character has not changed. One of my favorite expressions of this comes from George MacDonald:

Try not to feel good when thou art not good, but cry to Him who is good. He changes not because thou changest. Nay, he has an especial tenderness of love towards thee for that thou art in the dark and hast no light, and his heart is glad when thou dost arise and say, “I will go to my Father.” For he sees thee through all the gloom through which thou canst not see him. Will thou his will. Say to him: “My God, I am very dull and low and hard; but thou art wise and high and tender, and thou art my God. I am thy child. Forsake me not.” Then fold the arms of thy faith, and wait in quietness until light goes up in thy darkness.George MacDonald, Unspoken Sermons (London: Alexander Strahan, 1867), 177

Attentiveness to God in times of dryness, first of all, requires a persistent crying out to him and an unwavering confidence that he “sees you through all the gloom through which you cannot see him.” As mentors, we can encourage this continued conversation with the seemingly absent God.

Telling Themselves the Truth

Second, the psalmist talks not only to God but to himself: “Why are you downcast, O my soul? Why so disturbed within me? Put your hope in God…” (42:5, 11; 43:5). Who is he talking to? He is talking to his own soul. Martin Lloyd-Jones said that one of our greatest problems is that we listen to ourselves rather than talking to ourselves. He said that our main trouble in times of spiritual dryness is that we allow “our self to talk to us instead of talking to our self.”D. Martin Lloyd-Jones, Spiritual Depression: Its Causes and its Cure (Grand Rapids: Wm. B. Eerdmans, 1965), 20 This is a critical point. From the time emerging adults wake up in the morning, they are listening to themselves. In times of dryness, this is what they tend to hear: “God doesn’t love you. He has deserted you. You are undeserving of his love. All this praying is useless. He is not there.” Instead of listening passively and allowing the soul to take them where it will, sometimes emerging adults need to turn on themselves and preach to their souls, exhort their souls, and remind their souls of what God has done and promises to do.

My 14-year-old son is a tennis player, and tennis players are known for their tendency to talk to themselves out on the court. At one tournament, he had hit a bad shot and proceeded to tell himself something like, “Are you kidding me? Are you even a tennis player? You cannot miss that shot. You have practiced that so many times. You are better than that!” I think the psalmist is doing something similar, not by thinking about his own preparation and skill but rather by meditating on God’s goodness and faithfulness. He says in 42:6, “I will remember you from the land of the Jordan.” He remembers God’s goodness, his faithfulness, and his promises and tells himself the truth even though he does not feel it. Emerging adults spend much time learning from others—pastors, teachers, employers, and mentors—but perhaps we should remind them to be their own teachers as well, addressing their souls with the unshakable truths of God’s word and with reminders of his past graces in their lives.

Third, beyond talking to God and to himself, the psalmist reflects on the power of talking to others. In 42:4, he remembers how he used to go with the multitude leading the procession to the house of God. He is remembering the power and joy of the community of saints. Now he has been separated from the worshiping community and he longs for this. A typical tendency for emerging adults in times of spiritual dryness is to curve inward, to isolate themselves, to try to solve their problem on their own. Often they don’t want others to see their dryness and would rather wait until it ends so that they can re-enter the community and share stories of victory. But why is this so dangerous? They absolutely need other Christians to help sustain their spiritual zeal in the darkness, to re-kindle their love for God, to remind them that he is there. Singer/songwriter Michael Card once commented that, when we are spiritually blind to the presence of Christ, we sometimes need to “borrow” other’s eyes until we can see him more clearly for ourselves.Michael Card, The Walk: A Moment in Time When Two Lives Intersect (Nashville: Thomas Nelson, 2000), 12. As mentors, we will often need to allow emerging adults to borrow our eyes so that they can see that God is still real and still active. When their hearts are clouded and their eyes blinded to the presence of God, another’s testimony of his grace will be an essential pathway to restoring the awareness of God’s work in the world and in their own lives.

Fourth, while the psalmist encourages talking to God, talking to oneself, and talking to others, he also urges a move beyond talk to action. Even in the midst of such distress, he indicated that his hope was to “…go to the altar of God, to God, my joy and my delight. I will praise you with the harp, O God, my God” (Ps. 43:4). I had previously noted George Macdonald’s quote which ended by saying, “Then fold the arms of thy faith, and wait in quietness until light goes up in thy darkness.” His very next sentence, however, is, “Fold the arms of thy Faith I say, but not of thy Action: think of something that thou ought to do, and go and do it, if it be but the sweeping of a room, or the preparing of a meal, or a visit to a friend. Heed not thy feelings: Do thy work.”George MacDonald, Unspoken Sermons (London: Alexander Strahan, 1867), 177-178.

In talking to God, talking to self, talking to others, and moving beyond talk to action, the psalmist provides a pathway for remaining spiritually intentional and observant, attentive to God and his work. In the end, in dry times a special kind of spiritual attentiveness often arises. It is an attentiveness that can remind emerging adults that they are not able, in and of themselves, to generate an intimate relationship with the Savior. That is why he came. That is why he died for them. That is why he had to experience the ultimate dryness, an agonizing separation from the Father that led him to cry out, “My God, my God, why have you forsaken me?” (Matt 27:46). Because he was separated from the Father, now nothing—not sin, not lame quiet times, not even feelings of separation—can separate them from the love of God which is in Christ Jesus. Spiritual attentiveness in dry times should truly lead emerging adults to cry out in confidence with the psalmist, “Why are you downcast, O my soul? Why so disturbed within me? Put your hope in God, for I will yet praise him, my Savior and my God” (42:5, 11; 43:5). 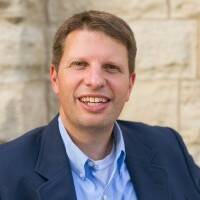 David Setran serves as Price-LeBar Professor of Christian Formation and Ministry at Wheaton College. He is the author of The College “Y:” Student Religion in the Era of Secularization (Palgrave, 2007) and co-author with Chris Kiesling of Spiritual Formation in Emerging Adulthood: A Practical Theology for College and Young Adult Ministry (Baker Academic, 2013).
All posts by David Setran   |   follow on
View Add a Comment
Conversation, Empathy, and Emerging AdultsHope, Heroism, and Narrative: Inferno, Canto III
Sapientia RSS
Newsletter Sign-up
More in Church & Culture See All
More in Emerging Adults See All