I am sure I am not the only professional philosopher who, from an early age, decided to stay firmly away from the free-will problem. It has always struck me as being like one of those rather cruel animal traps, where the happy little rodent, perhaps attracted by some yummy smell, steps on the platform which then proves to be covered by a noxious sticky stuff, from which the unfortunate animal can never escape, and indeed every attempt means it is even more dragged into the mire of glue.

Free will seems such an attractive explanatory notion. Joe kills wife Mary because he wants to go off with girlfriend Jane. Freewill. He is wrong. Pete kills colleague George because he thinks George is the anti-Christ. It turns out he thinks and acts this way because of mental issues. No free will. He is sick but not wrong. But then the worries start in. Why let Pete off the hook when Joe’s hormones were working overtime to cloud his judgment and do something that really is out of character? Why let Pete off the hook when Joe’s upbringing was so troublesome that he never learned to respect other people, particularly women? Why let Pete off the hook in the first place? After all, he did plan and then kill George. He was pretty pleased with himself when he had done it. Is he really not wrong, and not merely in his conviction that he has now earned a place in heaven next to God? 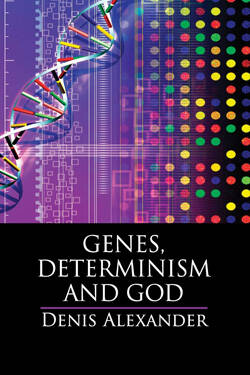 The two standard solutions don’t help all that much. On the one hand, there is “compatibilism.” Here everything is assumed to be part of the causal order. Freedom comes from restraint or not. Joe’s genes—or upbringing or childhood accident or whatever—made him do it. But no one was making him kill his wife. No one was guiding his hand. So he was free. To use an analogy of Dan Dennett. Simple rockets, that once fired cannot change their trajectory, are not free. Torpedoes with homing devices—as the target moves, they readjust—are free. But is this really freedom? After all, the torpedoes could no more not home than the rockets could change path. Could Joe, restrained or not, really have escaped his causes?

On the other hand, not to be confused with the philosophy of Ayn Rand, there is libertarianism, meaning that humans can and do stand outside the causal nexus and make choices. No matter where Joe and Pete find themselves causally, ultimately the choice is theirs. They have the power to determine events. With reason, this position is usually identified with Immanuel Kant whereas the other position is Hume’s. Kantian or not, the problem is that once you take choice out of the causal network, it is hard to see how it can have any effect back in the network. Incidentally, I don’t think it entirely irrelevant that Kant was a Christian whereas Hume was not. Hume was probably a deist, and of course compatibilism fits right in with this theological position.

How am I am going to be a little unfair? Alexander discusses some philosophical issues, they are more-or-less confined to a penultimate chapter. I am going to focus on these, and, if I am unfair, well then you shouldn’t have asked a philosopher to come along in the first place. And showing my philosophical credentials, although Alexander doesn’t have index entries for either compatibilism or libertarianism (he has one for the first, but in the context of law), I don’t think it wrong to try to analyze his discussion in these terms. I plunge right in.

Alexander wants to discuss the free-will problem against the background of his thinking about the body-mind problem. That is perfectly legitimate. After all, free will is about thinking on things—mind—and then acting on the results—body. Alexander declares himself a—wait for it—Developmental Dual-Aspect Monistic Emergentist. DAME for short.Alexander declares himself a—wait for it—Developmental Dual-Aspect Monistic Emergentist. DAME for short. (I am afraid I have a gene against acronyms—MAGA—so everything that follows is not really my fault). The key word here seems to be emergentist—or “emergentism”—and by this Alexander means (in the version he endorses) we have a bunch of physical things and, when put in a certain order, mind emerges. It is the claim that “there are ontologically emergent features of complex systems that cannot be reduced to any of the intrinsic causal capacities of their component parts” (p. 261). Mind, we learn, is the paradigmatic case of causal emergence.

In this context, Alexander believes he can have the best of both philosophical worlds. As a geneticist he is deeply committed to compatibilism, in the sense of everything working according to law. As a Christian, he is no less committed to libertarianism, in the sense of humans beyond physical law and hence subject to the moral law. Emergentism lets him bridge the gap. We function physically—genes and the environment, sort of thing—but then, at some point, mind emerges and with it free will. We make judgments subject to moral evaluation. Joe did have a lousy childhood, but that in itself is not enough to explain the killing of Mary. It was rather that, from his body, Joe’s mind emerged and he was able to do or not do the right thing. He is rightfully a subject of moral evaluation. A falling rock has no such mind and hence is not in moral trouble, whatever devastation it wreaks.

Alexander’s example is of a girl buying a loaf of bread. “Mary’s family background was clearly a causal influence in her tendency to maintain bread as an important feature of her diet” (p. 269). Adding: “Meanwhile, to come to the most proximal causes, the physiologist would say that the obvious cause was Mary’s hunger and the need to find something to eat for supper.” Then: “But talk to Mary herself and ask her what caused her to go out and buy bread, and she would tell you simply that she wanted to.” Moreover: “Mary also insists that on the day she chose to buy bread, right up to the moment when she enacted that choice, she could still have chosen fish and chips instead” (p. 270).

Will this do? I don’t think so. I agree with Alexander, that if the free-will problem is going to be cracked anywhere, it is going to be against the background of the body-mind problem. And right there I object, because I don’t much like emergence. Think about the options. Most famously there is Cartesian dualism—res extensa and res cogitans—physical things and mental things. It is the commonsense position, but it doesn’t—can’t—work, because once having separated physical and mental there is no way to bring them back together again. Leibniz’s preestablished harmony is not much better. I feel an itch and scratch my backside and God is at work making sure that the itch and the scratch mesh up nicely together?! Materialism is not on, for all that Dan Dennett (in Consciousness Explained) has tried valiantly to show otherwise. Leibniz (in the Monadology) was right. Machines don’t think.

Through A Glass, Darkly

What about emergence? It puts me in mind of the old Sydney Harris cartoon of the chap standing in front of a blackboard covered in calculations and in the middle is written “then a miracle occurs,” and his friend says “I think you should be more explicit here in step two.”Is there a solution to the body-mind problem? I don’t think so. I am what is known in the trade as a New Mysterian. You are talking miracles, folks, miracles. You have a bunch of molecules hanging around. You rearrange them and, suddenly, a mind appears and starts thinking. That’s not an explanation. At best it is a confession of ignorance. At worst, it is self-deception. I simply don’t think you have explained whey Mary wanted the bread—I am not denying that she did—or that it follows that she could, of her own free will, have taken the fish-and-chips option.

Is there a solution to the body-mind problem? I don’t think so. I am what is known in the trade as a New Mysterian. I think an answer is probably beyond our cognitive abilities. With the geneticist J. B. S. Haldane, I not only think the world is queerer than we think it is, it is queerer than we could think it is. If pressed, I would probably go for some kind of monism, body and mind one. (I am not quite sure why Alexander claims to be a monist). Today, panpsychist is trendy—mind and body always go together. The nineteenth-century mathematician-philosopher William Kingdom Clifford said that this is the only philosophy for a Darwinian evolutionist. Only by adopting it can you see how, through time, consciousness gradually appeared and developed. He may be right, although having criticized Alexander, I am not about to commit his fallacy. Panpsychist gives you a view of how things might be—it is not an explanation.

A final word of consolation for Denis Alexander. The freewill problem proved too much for the likes of David Hume and Immanuel Kant. Alexander should not flagellate himself because he could do no better—although, he should stand in the corner for a while for thinking that he could. And never forget: “For now we see through a glass, darkly; but then face to face: now I know in part; but then shall I know even as also I am known.”