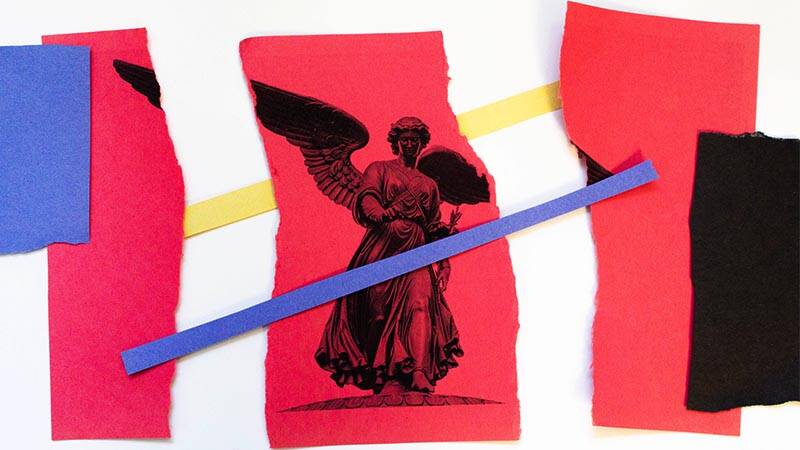 Better Reasoning and Moral Foundations
May Unite Us

I was first introduced to Jonathan Haidt in March of 2012 after his appearance on Moyers & Company to discuss his book, The Righteous Mind. After watching the interview, I canceled my lecture the next day on the virtues of democracy and, instead, showed the entire interview in my Christianity and Society course. I was blown away. My students were blown away and I have been using videos and material from this book in my courses and published works ever since. While most scholars and thought leaders apply what is laid out in The Righteous Mind in the area of politics, what Haidt lays out is equally applicable to divisions within Christianity.

Within Christianity, the painful divisions within the global Christianity resulting from major church splits between the East and West in 1054 and the Protestant Reformation in 1517 explain much about tribalizing tendencies amongst Christians. At times, Christians have killed each other over these divisions. For Protestants, understanding the deep tensions between conservative and progressive Christians can be significantly aided by Haidt’s explanation of moral reasoning and the development of moral foundation theory.

Jonathan Haidt is interested in the origins and applications of moral reasoning. Haidt believes that moral reasoning is generally a post hoc activity. Moral reasoning is post hoc in the sense that people search for reasons to justify the judgments they have already made. Our articulated reasoning about what is good or bad, right or wrong is to justify, not develop, our presuppositions about the way the world should be. According to Haidt, we reason to find the best possible arguments for why someone else ought to join us to believe what we already believe. In Christian discourse, opponents could have opposing intuitions about certain theological positions while not realizing the true origins of their disagreements. In fact, much of our argumentation is performative for our own tribe. Haidt observes, “the performance may impress our friends and show allies that we are committed members of the team, but no matter how good our logic, it’s not going to change the minds of our opponents if they are in combat mode too.” As such, Haidt continues, “if you ask people to believe something that violates their intuitions and presuppositions, they will devote their efforts to finding a reason to doubt your argument or conclusion” (p. 50).

Here lies the problem: because of our groupish nature and presuppositions, we can believe just about anything that supports our team and the conclusions we have already decided to be true. At the end of the day, we care more about our groups whether those be racial, region, religious, or political than what is true. Not only, then, is our politics groupish but so are our theological convictions. Haidt is additionally concerned with attempts to reduce morality to one single principle, say for example Immanuel Kant’s “categorical imperative” or John Rawls’ notion of “justice as fairness.” Haidt believes that when we attempt to ground all of morality on a single principle, known as monism, it “leads to societies that are unsatisfying to most people and at high risk of becoming inhumane because they ignore so many other moral principles” (p. 113). Haidt simply wants to broaden the discussions of morality beyond harm and fairness. Haidt and his colleagues developed the “Moral Foundations Theory” as way to describe the cognitive modules upon which cultures construct their sense of what ought to be done in response to any given state of affairs. Haidt defines the six moral foundations this way (pp. 130–54):

(1) Care/harm: This foundation is related to our ability to feel (and dislike) the pain of others. “It underlies virtues of kindness, gentleness, and nurturance”;

(2) Fairness/cheating: “This foundation is related to the process of reciprocal altruism. It generates ideas of justice, rights, and autonomy”;

(3) Liberty/oppression: “This foundation is about the feelings of reactance and resentment people feel toward those who dominate them and restrict their liberty…The hatred of bullies and dominators motivates people to come together, in solidarity, to oppose or take down the oppressor”;

(4) Loyalty/betrayal: “This foundation is related to our long history as tribal creatures able to form shifting coalitions. It underlies virtues of patriotism and self-sacrifice for the group”;

(5) Authority/subversion: “This foundation was shaped by our long primate history of hierarchical social interactions. It underlies virtues of leadership and followership, including deference to legitimate authority and respect for traditions”;

(6) Sanctity/degradation: “This foundation was shaped by the psychology of disgust and contamination. It underlies religious notions of striving to live in an elevated, less carnal, nobler way. It underlies the widespread idea that the body is a temple which can be desecrated by immoral activities and contaminants.”

A few examples may be helpful. Liberal Christians who might score high on the care foundation are going to lead their Christian witness with the compassion of Jesus to marginalized victim groups like racial and ethnic minorities, women’s issues, immigrants, refugees, LGBT+, and so on. Those high in the care foundation will largely be interested in Christianity as means of freeing the disadvantaged from material and social struggle. They will talk about Jesus as the liberator and reliever of human injustice. They will focus on the love of God in Christ and the comforting presence of the Holy Spirit. What matters for the liberal Christian is a church that does not practice any form of discrimination found in society at large. Social and economic disparities are seen as evidence of the liberating need for Jesus Christ. The focus in the Bible will be the Gospels, Psalms, and the Prophets.

By contrast, those Christians that score high on the loyalty, authority, sanctity foundations are more likely to lead their Christian witness with an emphasis on loyalty to the traditional Christian norms from centuries past, the authority of the Bible and the Christian tradition, and the sanctity of human life, the body, norms of marriage and family, and so on. The focus will be on the moral and didactic teaching of Jesus, the moral teachings of the pastoral epistles, the moral law as explicated in the Pentateuch, and so on. With a more traditional Protestant emphasis, a conservative Christian witness will introduce Jesus as the savior of sinners in order that they may live a holy, righteous life according to what the Bible teaches, and enter heaven. Traditional views of marriage and family, abortion, sexuality, the authority and inerrancy of the Bible, an emphasis for saving souls from eternal punishment, and so on, represent high intuitions about the last three moral foundations.

The point is not that liberal and conservative Christians, respectively, lack all six moral foundations but the likelihood of scoring high in some of the moral foundations over others may explain more about the theological bipolarity of convictions within Christianity than previously understood. Moreover, Haidt’s prescient observation about the nature of tribalism, and the demonizing of those with whom we disagree not simply as wrong but also as evil, pits liberals and conservative Christians against in each other in ways that make solidarity impossible. Each sees the other as the enemy of Jesus’ teaching and proposes that Christianity would be better off without the other. For one tribe, if the focus is too much on social justice and the suffering of marginalized populations the central mission of Jesus is obscured. For the opposing tribe, if the focus is on saving souls and compelling people to adopt conservative social norms the central mission of the love of Jesus is lost. The horns are permanently locked.

In the final analysis, The Righteous Mind opens new possibilities for Christian unity. Perhaps the reason we are so divided is not because of what is true but because of our post hoc, justificatory reasoning, tribal virtue-signaling, and differentiated moral foundations. Haidt’s moral foundation theory could unlock new possibilities for dismantling the adversarial demonization of those with whom we disagree. This is not to say that all views are equal or that no perspective is in error but mutual understanding of each tribe’s views, and reasoning well about our own, may be the birthplace of working on the issues we have in common while remaining honest and forthright about our differences because we no longer view those with whom we disagree as the enemy to be destroyed but a potential person to persuade.

Anthony Bradley (PhD Westminster Theological Seminary) is Professor of Religious Studies and Director of the Center for the Study of Human Flourishing at The King’s College. He is also a Research Fellow at the Acton Institute. He is the author of multiple books, including Aliens in the Promised Land (P&R Publishing, 2013), Ending Overcriminalization and Mass Incarceration (CUP, 2018), and Faith in Society (Resource, 2019).
All posts by Anthony B. Bradley   |   follow on
View Add a Comment
Moral Intuitions in Science and ScriptureA Grand Narrative for Civil Discourse
Sapientia RSS
Newsletter Sign-up
More in Symposium See All
More in Creation Project See All