Kierkegaard and the Analytic Tradition

Yet each time I would come to the same conclusion, namely, that the Kierkegaardian shape of my thought and the analytic method were like two ships passing in the night. Joshua Cockayne’s book, Contemporary with Christ: Kierkegaard and Second-Personal Spirituality has provided an occasion to re-think that conclusion from a different perspective. 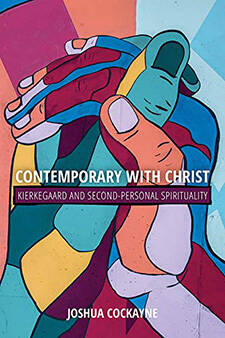 Cockayne argues that Christian philosophy of religion in the analytic tradition, as well as the more recent project of analytic theology, have robustly defended the Christian faith by showing the contents of its beliefs to be coherent and by philosophically expounding upon its doctrines (p. 1). However, the focus of these projects may lead one to think that being a Christian primarily means to believe in the right kinds of doctrines formed in the right kinds of ways (pp. 1–2). Analytic Christian philosophers and theologians have thought less about the practical and spiritual dimensions of Christian existence (p. 2). In order to make up for this insufficiency, Cockayne turns to Søren Kierkegaard, a thinker who was concerned about the way doctrinal schematizing lead to a neglect of spirituality in his own day. “It seems clear that Kierkegaard would dislike huge swaths of what is produced by [analytic] philosophers of religion and analytic theologians,” Cockayne admits. The feeling is certainly mutual, as Kierkegaard is often perceived by those in the analytic tradition as a critic of projects of doctrinal clarification and even a promoter of an irrational view of faith. Yet Cockayne argues that rather than being an antithesis to analytic theology, Kierkegaard simply points to its incompleteness when it comes to exploring the fullness of the Christian life: “For Kierkegaard the Christian life is importantly second-personal; that is, the goal of Christian spirituality is not the acquisition of a body of knowledge, nor the cultivation of the right kind of personal experience, but rather it seeks closeness with God as a person” (p. 2). He argues with Kierkegaard that our relationship to God is deepened by the practices of prayer and the Eucharist, Scripture reading, and the experience of trials and sufferings. These practices help us recognize ourselves as sinful and in need of a savior, and they allow us to continually encounter Christ Jesus as that savior. These practices also orient our will and desires toward the good, and they allow us to come to know ourselves more fully as we know Christ more intimately.

Based on the famous description of the self in The Sickness unto Death, Cockayne concludes that “human beings are essentially second-personally related beings” (p. 63). Yet the self falls into despair and sin when it rejects this relationship with “the power that established it,” which is Christ. The result is all sorts of mis-relations that direct the self’s will and desires away from the good. Christians are those who have become aware of their despair and who recognize it as a result of a mis-relation to God (p. 71). The reintegration of their desires involves a movement of faith. For that reason, faith is not something you achieve by mentally assenting to a set of beliefs, but is an ongoing process of growing in a second-personal relation to Christ. This growth is fostered by the practices of prayer and reading the word, by which we come to know ourselves more fully as we relate reciprocally to Christ. Prayer and Scripture reading require engaged subjectivity—a recognition that I am speaking to my Lord and that my Lord is speaking back to me. They foster, as Cockayne says, an imaginative copresence with Christ as well as a constitutive engagement with Christ as a living person (p. 114). Likewise, the Eucharist provides the occasion for a first-personal awareness of sin, when then allows us to experience forgiveness through a second-personal encounter with Christ. Regular exposure to these practices promote spiritual growth in the life of the believer, but Cockayne argues that trial and suffering are occasions where that growth is accelerated. Becoming contemporary with Christ means to allow the cross-shaped pattern of his life to come to bear on our own. That will involve suffering, but it is a suffering with Christ. Likewise, facing death is a particular kind of experience for Christians, one to which third-person speculative reflection simply cannot do justice. Our first-person awareness of death is experienced within the context of a second-person relationship to Christ, which allows us to live in light of our death with earnestness for this life and expectancy for the next.

Cockayne’s book stands out in the literature as an engagement with Kierkegaard that is accessible to philosophers and theologians in the analytic tradition. That does not mean he tries to distill the Kierkegaardian corpus into a series of syllogisms—a more ironic activity there could not be. Rather, much like our predecessors, C. Stephen Evans and Merold Westphal, he trades jargon for clarity. Similar to Ada Jaarsma, Cockayne expounds on Kierkegaardian ideas by looking to scientifically engaged research.

While Cockayne’s text is undoubtedly helpful in presenting Kierkegaard’s authorship to an analytically-inclined audience, and while it does make a positive contribution to Kierkegaard scholarship itself, what I wonder most is how it stands in relation to the project of analytic theology. Is Cockayne hoping to contribute to an expansion of the analytic theology house to create a wing for the “practical” side of Christian spiritual experience? Or, is Cockayne more interested in exploring spiritual experience itself, and simply chooses to do so by incorporating Kierkegaard’s thought as well as some of the tools of analytic theology?

My first impression was that Cockayne was doing the former: trying to encourage an addition onto the analytic theology house. I imagine this expansion would be similar in structure to the division between metaphysical identity and practical identity in analytic philosophy. While both ways of exploring personal identity are of interest to analytic philosophers, they are considered two separate lines of inquiry. Those theorizing about practical identity are clear they are not doing metaphysics but are exploring the subjective or psychological side of human identity. Those engaged in metaphysical inquiries are interested in the objective structures of human personhood, which does not have anything to do with practical identity, at least not in any direct sense. Similarly, it seems that the study of spiritual experience by scholars such as Eleonore Stump, Nicholas Wolterstorff, and Michael Rea is approached as a practical inquiry under the umbrella of analytic theology. Cockayne’s text uniquely brings Kierkegaard into those discussions. However, insofar as this work is considered a separate line of inquiry, I argue that Kierkegaard’s work can be meaningfully consulted, but its broader influence would have to be restricted. For Kierkegaard, it is not just second-personal knowledge that is subjectively engaged, but also third-personal knowledge. As the pseudonymous authors remind us time and again, we always pursue knowledge, including scientific knowledge, as living subjects. Rather than plunging us into skepticism or radical subjectivity, thinking within existence aids us in our discovery. Hence, being subjectively engaged is not something we only do in relationships—even our relationship with Christ—but it also allows us to become better knowers and stewards of God’s world and his word. Moreover, though Cockayne says Kierkegaard is more interested in the practical side of Christianity (p. 90),As Cockayne admits, there are methodological conflicts between Kierkegaard’s corpus and the analytic theology project. I would argue that his work resists the sharp division between the objective side and the practical side—not to collapse everything into the practical, but to challenge the framework altogether. Thus, while it is possible and even beneficial to borrow some insights from Kierkegaard for particular projects, his influence would have to be restricted to the wing designated for practical matters.

As Cockayne admits, there are methodological conflicts between Kierkegaard’s corpus and the analytic theology project. Especially considering the formal parameters outlined by Michael Rea in the original 2009 Analytic Theology volume, explorations of spiritual experience, insofar as they are Kierkegaardian, simply cannot be an official addition to the analytic house. Famous for the use of indirect communication, Kierkegaard’s corpus is full of parables, colorful descriptions, fictional characters, and pseudonyms—not to mention an argumentative style that is more performative than propositional in nature. That does not mean Kierkegaard’s texts are not saturated with rigorous and logically coherent philosophical thought—on the contrary! However, the rigor is communicated through performance, description, and substantive (rather than merely decorative) uses of metaphor, none of which can be reduced to formalized propositions and then logically manipulated.

Indeed, Cockayne recognizes in a long footnote in Chapter One that Kierkegaard contravenes most, if not all, of Rea’s formal methodological distinctives. He therefore describes his own methodology as a kind of soft analytic theology, one that shares a family resemblance with the project rather than sedimented parameters. However, it seems to me that Kierkegaard’s thought is incompatible not only with Rea’s formal parameters, but also with many of the goals and aspirations that form analytic theology’s family resemblance. Can key Kierkegaardian ideas be communicated in a way that is clear and even compelling to an analytic audience? It can, as Cockayne’s text shows. Can these ideas be illuminated by science-based research? Certainly. Does Kierkegaard’s exploration of spiritual existence, taken on its own terms, share enough of the goals, ambitions, and sensibilities with analytic theology to discern a family resemblance? Of that I am not as convinced. But perhaps that is not actually what Cockayne is trying to prove.

I am inclined to think that Cockayne’s text is not an attempt to build an extension onto analytic theology, but rather is an attempt to take philosophical responsibility for spiritual experience itself. He does so by entering into important conversation with Kierkegaard and by engaging in some interests of analytic theology. In other words, Cockayne has set his own table, one more interested in practical theology more generally. To do so, he brings together discussion partners that do not frequently meet: Kierkegaard and analytic theology. While the two can stand at odds with one another at crucial points, Cockayne allows an unexpected friendship to spark—one of reciprocal sharpening and expanded interests. The outcome is an investigation of spiritual experience that I suggest is just as rigorous as it is edifying—and in that sense is truly Kierkegaardian.

Cockayne’s text accomplishes many things. It presents Kierkegaard’s authorship to an analytically-inclined audience. The clear presentation of key ideas makes his text an excellent choice for someone new to the field, and his unique insights make it an interesting one for those who have been long in it. Finally, Cockayne demonstrates a kind of intellectual hospitality whereby he brings together unexpected voices and tools in order to pursue the most important question anyone could ask, namely, what does it mean to be in relation to Christ, our living Lord, and how is deepening that relationship a task of a lifetime?

Amber Bowen (PhD University of Aberdeen) is an Assistant Professor of Philosophy at Redeemer University in Hamilton, Ontario. Her dissertation was on Kierkegaard and New Phenomenology.