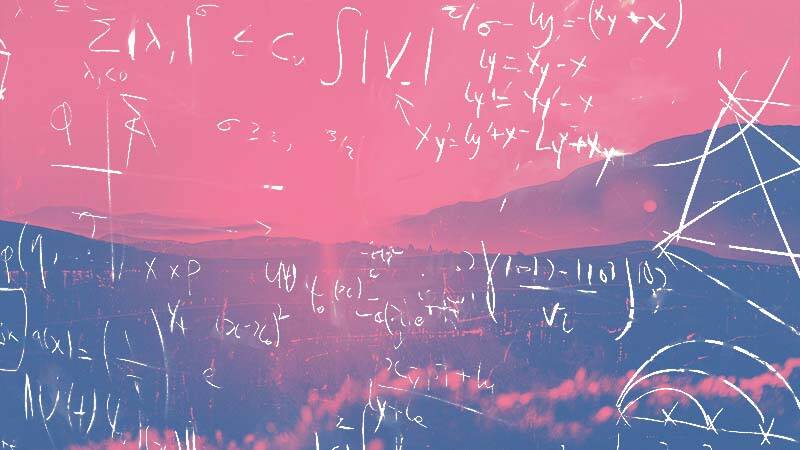 An Invitation to Answer No 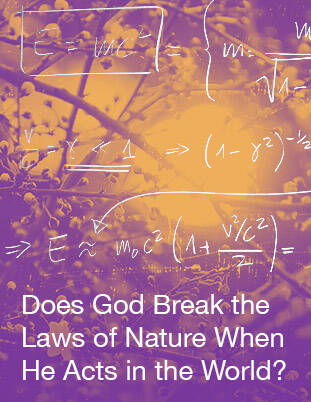 The first instinct of many would be to answer “Yes” to this question. For God to “act in the world,” they suppose, would be for God to “intervene” in the natural course of events. Such divine intervention would be an external supernatural cause that interrupts natural cause-and-effect relations and therefore contravenes the laws that govern such relations. But should we characterize God’s acts in the world as breaking laws of nature? I will offer three reasons why we should answer “No.”

Before we get to those reasons, however, we need to consider what we mean by “laws of nature” and how such laws are to be understood. Sadly, there’s no simple or straightforward answer to this preliminary question; indeed, this is one of the most hotly debated issues among metaphysicians and philosophers of science. There’s no consensus about the nature of the laws of nature—or indeed, whether there really are any such things. (If there are no laws of nature, as the “anti-realists” contend, it follows trivially that no one—including God—can break them.)

For the sake of making some progress on the question, I will adopt a relatively minimalist definition: laws of nature are true (or approximately true) generalized descriptions of the uniformities and regularities of the natural world, where “natural world” refers to the domain of the so-called natural sciences (primarily physics and chemistry). A paradigmatic example would be Newton’s law of universal gravitation, according to which—roughly stated—two bodies in space attract each another by a force proportional to their masses and inversely propositional to the square of the distance between them (F=Gm­1m2/d2). Other laws of nature would include Boyle’s gas law, Maxwell’s equations, and the laws of thermodynamics.

Assuming there are laws of nature, so defined, should we think that God’s acts in the world would break such laws? Here is the first reason to think not: On a classical theistic view, God’s acts are the foundation for such laws and thus there can be no real conflict between divine acts and laws of nature. According to classical theism—the dominant view of God in Judeo-Christian theological traditions—God is not only the Creator of the natural world but also its continual governor and sustainer. The doctrine of divine creation is coupled with the doctrine of divine providence. God is not a deistic first cause who brings an orderly world into existence but thereafter leaves it to operate entirely independent of him in a self-contained, self-sustained fashion. Rather, God is the eternally active sustaining cause of every aspect of his creation, whether animate or inanimate.We shouldn’t think that when God “acts in the world,” those acts are occasional, exceptional, and at odds with the laws of nature. The elements of the natural world continue to exist and exercise their causal powers only because of God’s ongoing sustenance. Likewise, natural events—planets orbiting the sun, rain falling from clouds, trees bursting into blossom, and so on—proceed in an orderly, regular, predictable manner only because God actively wills it to be so. In sum, the classical theist will insist that the laws of nature are not autonomous principles but dependent upon the comprehensive providential activity of God.

Nevertheless, there remains a concern about what we might call God’s extraordinary acts in the world, as opposed to his ordinary acts that establish the laws of nature. We might think here of God’s parting the Red Sea for the Israelites, bringing about a virginal conception in Mary, and resurrecting the crucified Jesus after three days in a tomb. Wouldn’t these “miraculous” acts require God to break the very laws of nature he has established?

Other Things Being Equal

Some readers might worry that including this ceteris paribus condition in every law of nature smacks of special pleading. Not so: it’s part and parcel of a classical theistic conception of the laws of nature. In fact, to deliberately exclude such a condition would be sheer philosophical and theological prejudice against Judeo-Christian monotheism, for then the laws of nature would rule out a priori extraordinary divine actions in the world.

There are some pretty impressive philosophical arguments against a physicalist view of the mind, according to which mental entities and events (such as perceptions, beliefs, and decisions) can be explained entirely in terms of physical structures and events (such as brain cells and neuron firings). Moreover, common sense tells us that we really do have minds that exercise causal influence over our bodies. Try this little exercise. Pause for a moment to think of a number between one and ten. (I’ll wait.) If you thought of an odd number, raise your left hand; if an even number, raise your right hand. Go ahead—no one’s looking!

But do you believe that our little exercise broke any laws of nature, such as Newton’s laws of motion? I doubt it. If you don’t think that any laws of nature were broken in the last two minutes, that’s because you’re implicitly assuming that the laws of nature have something like (physical) causal-closure conditions. But then, if you wouldn’t say that we break laws of nature when we act in the world, neither should you say that God would do so. I therefore invite you to join me in answering “No” to the question at hand.

James N. Anderson (PhD University of Edinburgh) is the Carl W. McMurray Professor of Theology and Philosophy at Reformed Theological Seminary in Charlotte, North Carolina. His doctoral thesis explored the paradoxical nature of certain Christian doctrines and the implications for the rationality of Christian faith. His other research interests include the presuppositional apologetics of Cornelius Van Til and the application of analytic philosophy to issues in Reformed theology.
All posts by James N. Anderson   |   follow on
View Add a Comment
How the Laws of Nature Leave Room
for God's ActionThe Dread of Dust: Human Bodies and the Life of the World to Come
Sapientia RSS
Newsletter Sign-up
More in Areopagite See All
More in Creation Project See All