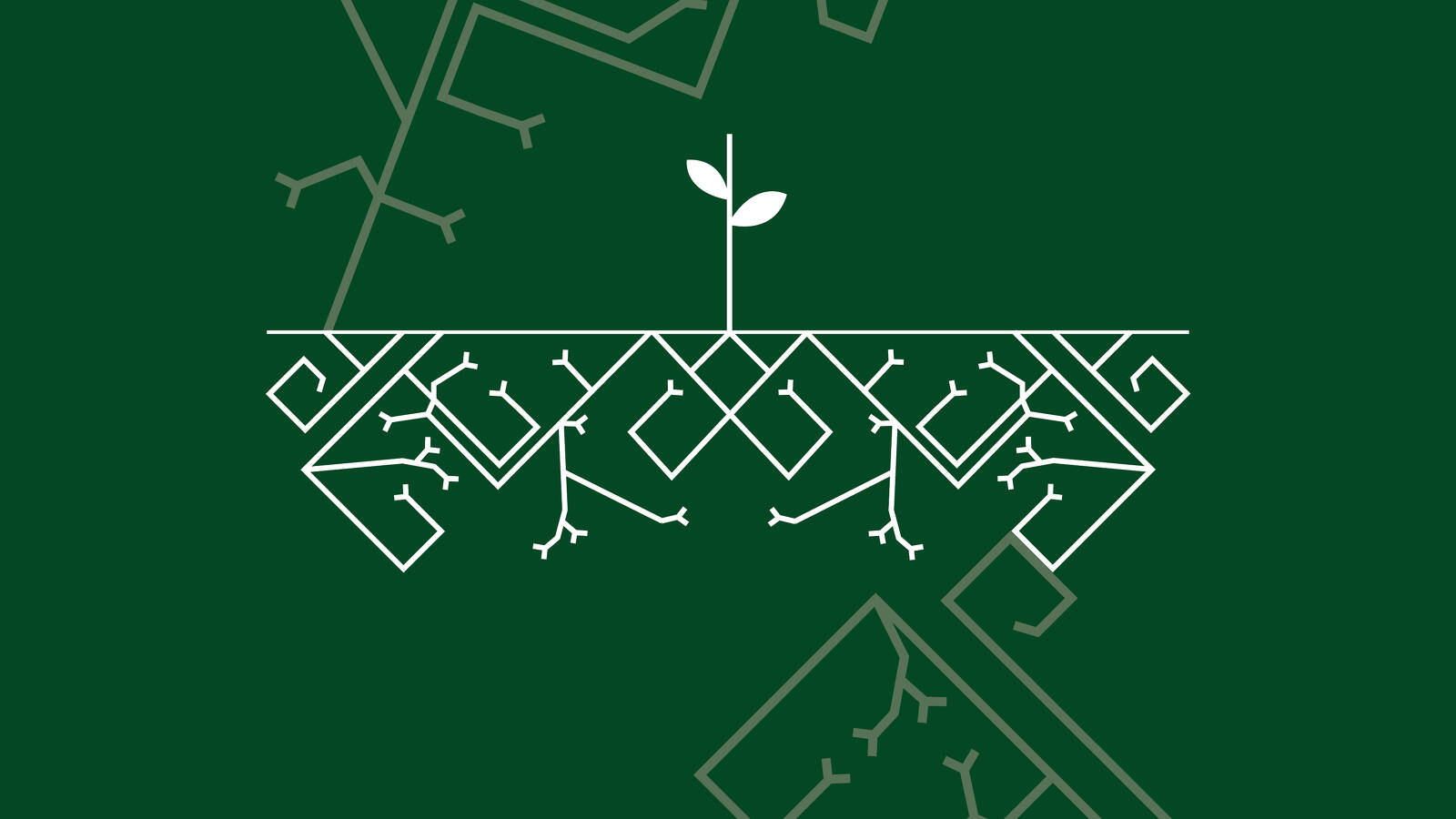 A Discourse on Human Flourishing?

In his fascinating book on the Sermon on the Mount, Jonathan Pennington seeks to read the Sermon as Christianity’s answer to what he calls “the greatest metaphysical question that humanity has always faced—How can we experience true human flourishing?” (emphasis original, xxxiv).

He offers this question as an overall reading strategy for the Sermon—a strategy which leads him to the conclusion that the Sermon is “an eschatological, Christ-centered, kingdom-oriented piece of wisdom literature which invites hearers into human flourishing through faith-based virtue” (273). This “virtue-ethics” approach to the Sermon seeks to cast fresh attention how the focus of the Sermon is not simply conduct, but conduct that comes from being a particular kind of person.Jonathan Pennington seeks to read the Sermon as Christianity’s answer to what he calls “the greatest metaphysical question that humanity has always faced.”
Thus, Pennington argues, the sort of person who produces the “greater righteousness” of the kingdom is the one whose devotion to God is undivided and whose internal motivations and external actions are united.

The book is divided into two parts. The first part begins by situating the Sermon within its “encyclopedic context” and ends with a focus on the internal structure of the Sermon and its structural relationship to the rest of Matthew’s gospel. In between are two chapter-length word studies of the terms makarios and teleios followed by a chapter with shorter studies of other key terms, including “righteousness,”“hypocrisy,” “kingdom,” and “reward.”

These word studies then provide a framework for the theological commentary on the Sermon in the second part. As theological commentary, the aim is not to provide a verse-by-verse exegesis but to elucidate the theology of the Sermon section-by-section and, in particular, to distill the contribution of each section to the themes of wholeness and human flourishing. This all makes for an engaging and fresh reading of the Sermon. In what follows, I want to highlight three areas where I was forced to think harder about the Sermon and my remaining questions.

The “Cultural Encyclopedia” of the Sermon

The introductory chapter draws on Umberto Eco’s concept of a cultural encyclopedia—the meaning of texts are not infinitely open and subject to the whims of readers, but are created within a specific historical, political, and social context, whichFor Pennington, there are two contexts that contribute to the cultural encyclopedia of the Sermon. allow for a shared understanding and meaning. Thus, the model reader engages with a text at the intersection of the text and its cultural encyclopedia.

For Pennington, there are two contexts that contribute to the cultural encyclopedia of the Sermon. First, the Sermon must be read against the backdrop of Israel’s story and the Jewish wisdom tradition. He rightly highlights that the wisdom tradition should not be seen in opposition to apocalyptic literature. Such literature often incorporated revealed wisdom which guided its recipients to a way of life appropriate for the age to come. This seems to me to be a very fruitful line of inquiry, which could be augmented by renewed consideration of W. D. Davies’ question about the status of Torah in the eschaton.

However, at the outset, Pennington gives the Greco-Roman tradition a fundamental role in determining the purpose of the Sermon. Pennington’s assumption seems to be that because Judaism was generally influenced by Hellenism, the Sermon must be read as a response to Greek philosophical inquiry about human flourishing. This seems to be the point of Pennington’s use of Eco’s cultural encyclopedia, which allows him to invoke the Greek virtue tradition in the absence of significant evidence for direct influence from that tradition. The validity of this move is perhaps best assessed in relation to the role of the Sermon within a gospel which purports to narrate the climax of God’s purposes for Israel and ultimately the world in the life, death, and resurrection of Jesus. The gospel itself drives us deeply into the story of God’s dealings with Israel and the categories Matthew uses—kingdom, law, righteousness, fruitfulness, as well as what it means to be makarios and teleios—are all comprehensible without recourse to the Greco-Roman virtue tradition. In looking outside of Jewish tradition, Pennington seems to violate Eco’s principle that the best reading is the one which utilizes the cultural encyclopedia in the most economic way possible.

The most striking thing about this book is the dual emphasis on flourishing (makarios) and wholeness (teleios), which, Pennington argues, serve as twin pillars around which the Sermon is built. One could debate the merits of the word study approach, or ask if the meaning of these key terms has been predetermined by their supposed relation to the Greco-Roman virtue tradition? Still, Pennington provides some of the fullest studies of these two terms available.

Of the two studies, I found the conclusions about the meaning of teleios to be most compelling. Pennington shows that the standard translation of the term teleios as “perfect” does not do justice to the way this term functions in the Septuagint and in the Sermon. Both contexts suggest that the term connotes not so much the idea of moral perfection but rather the idea of singularity, wholeness, and the integration of the inner and the outer. This proves to be exceedingly useful in explaining how the righteousness Jesus envisions is greater than the righteousness of the scribes and the PhariseesThe most striking thing about this book is the dual emphasis on flourishing (makarios) and wholeness (teleios), which, Pennington argues, serve as twin pillars around which the Sermon is built. and serves as a powerful glue that binds together the Sermon’s main body (Matt. 5:21-7:12). This understanding of teleios corresponds to Jesus’ warnings against hypocrisy, which, Pennington shows, consists not so much in a discrepancy between saying and doing but between behavior and the heart.

The other chapter-length study is of the term makarios, which Pennington unconventionally translates “flourishing”. I have three concerns: The first arises from the imprecise way in which English correlates with Hebrew and Greek. Pennington makes the important observation that in the Septuagint makarios is only used to translate the Hebrew term ʾašrê but never brk/bǝrākâ. Following Janzen, Pennington notes that the two terms are distinguished but related, in that “‘receipt of that which blessing (brk) has to bestow qualifies a person or group to be called ʾašrê’”. Thus, calling someone ʾašrê is not a pronouncement of blessing but rather a description of the state resulting from blessing. Pennington shows that in both Greek and Hebrew these two concepts—blessing and the resultant state—are depicted with different words and concludes that different glosses are therefore required. However, in English, the same word is used both for the act of blessing and the resultant state. It is not the case that because the source language has two words, the target language must as well. The usual English word to describe the state of the person who has received a benefit bestowed by the act of blessing is “blessed.” Although “blessed” has an increasingly secular sense, this is true of makarios as well, even within the New Testament. The advantage of “blessed” is that, like the term makarios, it is easily understood as a state created by the reception of blessing. Commentators who want to make this explicit prefer “favored.” Words such as “happy” or “flourishing” do not typically imply a state which arises from a divine act, but both makarios and “blessed” can and often do.

Second, I am not convinced that either makarios or ʾašrê inherently denotes “human flourishing.” Take, for instance, the use of makarios in 4 Maccabees 10:15: “the makarios death” can hardly mean “the flourishing death”; rather, it is a death on which God looks with favor. More typically, when associated with something received from God, the state designated by makarios or ʾašrê has to do with the benefit conferred. As Janzen suggests, ʾašrê depicts a state determined by the benefit received through blessing. In some contexts, this might suggest “flourishing” in a broad sense, because the benefit received is broad, as in Psalm 144 where it encompasses fertility, security, and agricultural fecundity. But when the benefit conferred is narrowly conceived, so too is the makarios or ʾašrê condition produced by that benefit. Thus, for instance, in Psalm 65:4 (LXX Ps. 64:4), “Blessed are those whom you choose and bring near to live in your courts. We shall be satisfied with the good things of your house, your holy temple.” The parallelism shows that the blessedness of those chosen to live in the temple consists of their satisfaction with their share in the offerings brought to the temple.

In short, the term “flourishing” implies much more than makarios on its own suggests. This leads to certain infelicities, such as the claim that “Jesus is redefining flourishing as suffering” or that Jesus promises reward to followers who live the “paradoxically flourishing life of persecution.” As I was reading this, I received an email that described a young man whose family, upon learning of his conversion from Islam to Christianity, had him committed to a mental institution where for an extended time he was administered a range of psychiatric drugs. It would be difficult to describeThe problem is not just that “flourishing” implies too much; it also claims it too soon. that state as one of human flourishing. But surely Jesus is not “redefining flourishing as suffering,” but rather insisting that disciples persecuted for his sake can nevertheless be regarded as blessed because the kingdom of heaven belongs to them.

But, third, the problem is not just that “flourishing” implies too much; it also claims it too soon. The nine-fold repetition of “flourishing are” seems a very strong assertion about the present experience of disciples. Although the beatitudes begin and end with macarisms which place the reception of a benefit—possession of the kingdom of heaven—in the present, the kingdom itself is only partially present. The balance of the benefits which explain why a disciple is makarios relate entirely to the future. To be sure, the final chapter of Pennington’s book stresses the “not yet” of human flourishing much more than the earlier chapters. However, whatever makarios means it is true of disciples in the present because of benefits they will receive primarily in the future.

One of the many “aha” moments in my reading of this book came in the clear lines Pennington draws between the Sermon and the Great Commission. The Sermon on the Mount stresses the authority of Jesus’ teaching, while the conclusion of the gospel again calls the disciples to a mountain where Jesus claims all authority in heaven and on earth and commissions his disciples “to go out and teach all that he has taught them” (125). However, if the Sermon on the Mount is a discourse on human flourishing, it is a short step to defining mission as the task of spreading “God’s šālôm (flourishing) or peace throughout his creation” (281). This is an increasingly common understanding of mission, but one which risks shifting the practice of mission away from the fundamental task of proclaiming Jesus’ death and resurrection and teaching others to live under God’s rule as disciples.

Pennington has done something very difficult. He has offered up a fresh and thought-provoking reading of one of the most well-known parts of Scripture. My hesitation over some of the conclusions he reaches in no way diminishes my admiration for what he has achieved.

The Sermon on the Mount and Human Flourishing: A Book Symposium

Steven M. Bryan (PhD Cambridge University) is Professor of New Testament at Trinity Evangelical Divinity School. He is the author of Jesus and Israel’s Traditions of Judgement and Restoration (Cambridge University Press, 2005), and “Jesus and Israel’s Eschatological Constitution,” in The Handbook of the Study of the Historical Jesus (Brill Academic, 2011).
All posts by Steve Bryan
View Add a Comment
The Spirit Who Gives Life: A Theological ResponseExercising Discipline
Sapientia RSS
Newsletter Sign-up
More in Symposium See All
More in Human Flourishing See All