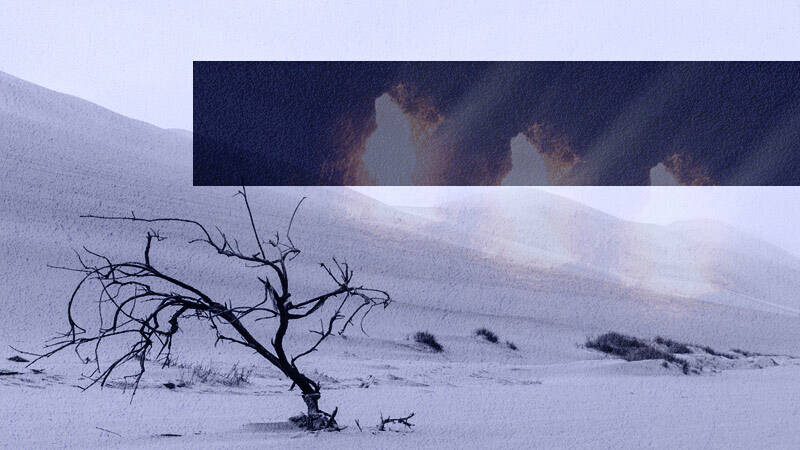 Where do the Divine Missions Fit in Abraham’s Theology of Divine Action?

There is something naturally compelling to Abraham’s call for theology’s return to the language of divine personal agency. It is as if theology had languished under a spell, which was preventing us from seeing the obvious: that there is no metaphysical quandary about the claim that God acts. Invoking an open concept of action, he invites theologians to take seriously and at reasonable face value the various scriptural descriptions of divine actions.

Both mechanistic conceptions of a divine causality (often skirting mythology and determinism) as well as accounts of a divine “transcendent causality” (Vol. I: pp. 165–205) are wanting. Between them is a notion of personal agency which Abraham considers to be basic and in need of no further analysis, yet pliable to various descriptions. He speaks of God as an agent; he eschews social trinitarianism, which he fears “tends to move all too quickly in the direction of tritheism” (p. 49); he affirms the unity of God’s external works, but unfortunately does not explain what sort of unity he has in mind.

The present intervention addresses the triune character of divine agency. More specifically, I wish to raise some questions about the relationship between the external operations of the Trinity and the immanent processions. Abraham’s premise seems to be that “there is no simple line of reasoning that can take us from the actions of the Son in time to the eternal relations within the very being of the Trinity in eternity” (p. 102). Abraham fears that if we go down this road, then we shall have to find an immanent correlate for every economic operation of the persons.

The perplexity is legitimate, but fortunately it can be dispelled. The worry that we would have to project immanently every economic action is in fact generated by a conflation of actions and missions. Abraham is right that there should be no inferential line from the economic actions of the Son to the immanent and eternal processions. But that is not what the tradition had been suggesting at all. Abraham’s examples of such inference show that such a confusion has in fact taken hold: from an incarnation of the Son in time to a pre-temporal incarnation; more tellingly, from a suffering of the Son on the cross, to a “suffering on the cross in the immanent trinity” (p. 102).

While indeed one may find some theologians, like Moltmann, looking to project on to the immanent plane things such as the suffering of Christ, such a move is typically shunned by the tradition that Abraham is questioning at this point. The absolute distinction between the transcendent immutable and impassible God and the mutable and passible creation is very carefully upheld. The inferential line is in fact not drawn from economic actions (such as the incarnation and the suffering) to immanent processions, but from economic missions to the latter!

The justification for such an inference is the claim that the missions are extensions of the divine processions into creation, to include a relation to a created effect. Since a mission is an extension of a divine procession, which confersIf the missions do not extend and therefore manifest the processions, we would be left with a dichotomy between God-in-himself and God-for-us. to the created effect the mode of existence of the divine person itself (i.e., the human nature of Christ acquires the mode of Sonship; human), the inference is natural. The inference is not from every action that is consequent upon a mission, such as the action of going to the cross, or healing, etc., but simply from the quality of being sent.

Because Jesus has come from the Father, faith confesses in him the mission of the eternal Son. Likewise, because the Pentecostal Spirit is sent by the Son from the Father (John 15:26), [Western] faith confesses that he proceeds from the Father and the Son, or from the Father through the Son.I am leaving out entirely the discussion of the particulars of the Filioque debate. My focus is on the legitimacy of the inference from the missions to the processions. To deny the possibility of such an inference would undercut the confession of the procession of the Son from the Father himself. The opposite of what Abraham fears would develop in this scenario: we would be unable to say anything meaningful about the immanent life of the Trinity. If the missions do not extend and therefore manifest the processions, we would be left with a dichotomy between God-in-himself and God-for-us. Even worse, we would be more easily led into the trap of subordinationism or perhaps tritheism, since we might tend to think of Christ as a person separated from the bosom of the Trinity for the duration of the incarnation. The confession of a trinitarian mission as the foundation of Jesus’ life and operation prevents a centrifugal detachment of the person of Christ from the eternal life of the Trinity. Moreover, it loads the terminology of ‘sonship’ with an eternal and divine significance, of the kind that it would lack otherwise. Christ’s sonship is not a merely generic human sonship, but the very eternal divine receptivity, his being-from-the-Father, that exists within Godself. Just this relational mode of the divine existence is being communicated to us.

All this means that there should be no inflation of inferences into the immanent Trinity from the economic actions, as Abraham fears. The processions are illuminated exclusively by the missions and not by the operations of the trinitarian persons. In Abraham’s broader project, at least up to the third volume, the category of divine missions plays no major part. Divine attributes are anchored in reflection upon divine activity. Christian doctrines such as creation, soteriology, election, justification,The point I am laboring here is that unless the additional angle of the divine missions is considered, the visible operations, with their various action descriptions, will lack a proper and fuller context. and sanctification are all defined in the conceptual vocabulary of divine agency. But there is a fundamental difficulty about this approach. It is a difficulty that Abraham has yet to face head on. If, as he admits, divine operations are inseparable and shared among the divine persons, how will the resulting descriptions of either divine attributes or divine agency be sufficiently trinitarian? Where do we have an insight into the divine persons, into their unique personal identity, if the primary instrument of our theology is divine action—something that the persons share in common?

Of course, the category of divine missions does not pertain, strictly speaking to operations. But that is precisely why it sets the operations in a deeper context. Missions are not a subset of operations. Some of the economic operations of the Trinity are premised on the divine mission of a particular person. For example, the divine parting of the Red Sea (Exod 14) is a divine action inseparably belonging to all divine persons and does not entail the sending of any person; on the other hand, the stilling of the storm on the Sea of Galilee (Mark 4), is a divine action premised upon a divine mission, that of the Son. It is not the action of the Son alone—in which case the axiom of inseparable operations would be broken and the slide into tritheism inevitable. But the point I am laboring here is that unless the additional angle of the divine missions is considered, the visible operations, with their various action descriptions, will lack a proper and fuller context. The stilling of the storm is neither simply the inseparable and common action of the whole Trinity, nor the unique action of the Son. Rather, it is an action of the whole Trinity, yet through a human nature that subsists in the Son specifically, a human nature that exists only as the Son’s mission, and one which receives its operations from the Father (John 5:19). One need not infer a storm stilling in the eternal Trinity. Rather, the historical and human stilling of the storm involves all the trinitarian persons at certain levels, according to the positioning of one of these persons in an external mission.

Divine Action and the Immanent Trinity

I have argued that there is a potential blind spot in Abraham’s theology of divine agency, which in Western theology goes by the name of the “divine missions.”It is precisely this category that enables transitions from economic actions to eternal processions. It is precisely this category that enables transitions from economic actions to eternal processions. Abraham is right that actions per se should not be projected unto the immanent Trinity. But the mission that grounds certain divine actions should be. The fundamental reason for this is that the mission extends the procession. That is what the church has understood by salvation: the extension to humanity of the salutary life of the Trinity. Whether one calls that deification, or union with God in Christ, or restoration of covenant—all this is another discussion. But in Christ and in the Spirit we are not simply beneficiaries of operations. Rather, the very personal reality of Father, Son, and Spirit have been extended to us in the incarnation of the Son and the outpouring of the Spirit. Unless we understand their operations in light of the missions they presuppose, our understanding of divine agency will be severely limited.

In a mission a procession extends into creation by union with a created effect. In the case of the incarnation, the created effect is the human nature of Christ. In the case of the Spirit’s mission, it is (perhaps) human love. As a result of the union, the human nature exists as the Son of God, and acts as the Son, i.e., from the Father. That is what we begin to glimpse if we consider the missions: that the operations contain an additional, trinitarian depth. Abraham has done theology the immense service of foregrounding the category of divine agency and of alleviating the unnecessary anxieties that are artificially generated. But the question remains whether his framework of divine agency is capacious enough to accommodate the divine missions.

Adonis Vidu (PhD University of Nottingham) is Professor of Theology at Gordon-Conwell Theological Seminary. He is a constructive theologian who is involved in a recovery of the patristic and medieval trinitarian theology for the contemporary church. He is the author of a few books, including Atonement, Law, and Justice (Baker Academic, 2014).
All posts by Adonis Vidu   |   follow on
View Add a Comment
Just for Christians? Why Theology Is More than High-Level CatechesisRemembering Bruce Fields:
Theologian and Friend
Sapientia RSS
Newsletter Sign-up
More in Symposium See All
More in Creation Project See All