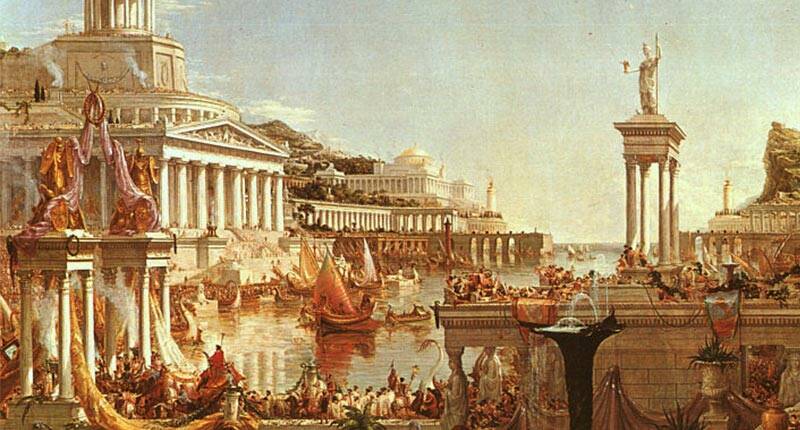 Augustine on the Ultimate Channel of Grace

I have been dwelling much on the enabling grace of God as the hope and means for modeling Jubilee-like existence and practice. Through such modeling, an attempt to facilitate human flourishing while recognizing that an essential element of personal flourishing is the empowerment of others to flourish, the church could have impact on the business practices implemented in this broader secular sphere. The church must be on guard continually of the reality that when the essential concern of empowerment of others is neglected, the downward pull of greed and the accumulation of power can gain influence.

At the risk of sounding too repetitious on the believing community’s need for grace to have a chance for such influence, I enlist the aid of Augustine, who reminds us the source of all grace in its multiple manifestations. He does this in the course of countering the radical exaltation of the immaterial part, or parts of the human being (soul, spirit) over the material body on the part of Porphyry, a Neo-platonist and biographer of Plotinus. Augustine’s concern was that because of Poryphyry’s overemphasis on the degradation of the body, Porphyry and those who followed his teaching would miss the blessing through faith in the Word who became flesh by being born of a woman (John 1:1, 14; Galatians 4;4).

Jesus Christ was the ultimate manifestation of the grace of God and thus, the source for all its manifestations:

The grace of God could not have been more graciously commended to us than it was in that the only Son of God, while he remained immutably himself, put on humanity and, by the mediation of a man, bestowed upon men the spirit of love. By this love a way was opened for men to come to him who was so distant from men—as distant as the immortal is from the mortal, as the immutable is from the mutable, as the righteous is from the ungodly, as the blessed is from the wretched (City of God, 10.29)

Augustine in a previous part of this section even went so far as to give credit to Porphyry for his recognition that God must grant grace in order to attain to God because human capacities were insufficient by themselves (10.29). One must come to God through Christ, however, to experience the full blessings of God. One could not speak fully and accurately of the grace of God apart from Christ.

In the hope of the Church’s possible ministry of modeling Jubilee-like existence and practice, I wanted to emphasize the need for the grace of God which empowers but did not want to run the risk of losing the centrality of the Lord Jesus Christ. He is and will remain “the Alpha and the Omega” (Revelation). The hope and strength of believers’ witness is built on Him. But in reminding one another in the Church of this reality, this fortifys reason for the hope of impact. This is not to say that the Kingdom with perfect justice, perfect generosity, perfect image-flourishing will be achieved in present time-space relationships. We can hope for significant progress that raises an awareness even in secular settings, of the reality of God and His power to save and transform existence on all levels.

Bruce Fields (PhD, Marquette University) was Professor of Biblical and Systematic Theology at Trinity Evangelical Divinity School.
All posts by Bruce Fields
View Add a Comment
Fan into flame the gift of GodA Pastor Accused of Witchcraft: The Search for Evidence
Sapientia RSS
Newsletter Sign-up
More in Rooting the Faith See All
More in Human Flourishing See All