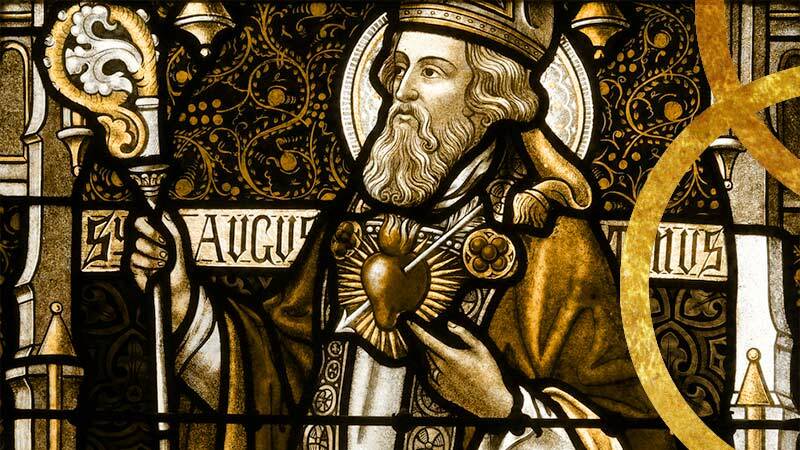 Augustine, Genesis, & the Goodness of Creation

Augustine (A.D. 354-430), the “Doctor of Grace” from north Africa, is arguably the most significant theologian in the Western tradition.

He had once been a Manichee, during which time he would have affirmed a kind of good vs. evil dualism, as well as seeing matter as evil, and seeing creation as an act of necessity. With that background, once he became a Christian it is no surprise that Augustine spent significant time thinking and writing on the nature of creation in general, and on the book of Genesis in particular. In fact, Augustine wrote several works on Genesis: On the Literal Interpretation of Genesis (c. 401- c. 415); On the Literal Interpretation of Genesis, an Unfinished Book (c. 393/394; two paragraphs added in 427); On Genesis, Against the Manichees (c. 389); Augustine writes on creation and/or Genesis throughout his writings, including sections of City of God (413-427) and Confessions (c. 397- c. 401). Let us turn to some of Augustine’s general principles of interpretation in relation to Genesis.

Augustine wrestled at great lengths in attempting to understand the book of Genesis. Augustine writes: “only avoid asserting anything rashly, and something you don’t know as if you did; and remember that you are just a human being investigating the works to the extent that you are permitted to do so.”On the Literal Interpretation of Genesis, an Unfinished Book 9.30. In the opening section of his Unfinished Literal Commentary on Genesis Augustine makes a number of interpretative suggestions. As we are dealing with the “obscure mysteries of the natural order,” one should ask questions (of the Bible) rather than make affirmations. But this does not mean one should never believe or affirm what the Scriptures mean. Rather, one should be guided by the “bounds of Catholic faith.” In short, the emphasis on “asking questions” does not mean interpreting Genesis with simply one long series of questions; indeed, some avenues of interpretation are precluded by the essential truths of historic (“Catholic”) Christianity.On the Literal Interpretation of Genesis, an Unfinished Book 1.1.

In discussing how to approach Genesis, in his unfinished commentary on Genesis, Augustine summarizes his understanding of a four-fold way of interpreting Scripture:

But what of the actual nature of creation? As we shall see, Augustine’s insights on the goodness and order of creation continue to have theological relevance today.

The Goodness & Order of Creation

For Augustine God created a completely good world. At one point he writes: “We know, therefore, that we should attribute to the creator, not defects, but natures, but one who wants to resist Mani must say where the defects come from.”Against Julian IV.123.

Creation is not only good but ordered and hierarchical. Augustine writes: “with respect to their own nature . . . the creatures are glorifying to their Artificer.”The City of God XII.4.Augustine can also say, “All natures, then, inasmuch as they are, and have therefore a rank and species of their own, and a kind of internal harmony, are certainly good. And when they are in the places assigned to them by the order of their nature, they preserve such being as they have received.”The City of God XII.5. Creation is marked by “measure” (mensura), “number” (numero) and “weight” (pondus or ordo).

While Augustine was certainly influenced by Platonism, it is worth recalling the remark of A.H. Armstrong, that when we speak of Christianity and Platonism, “We are dealing with the interplay of two great traditions, both of which have an inexhaustible capacity for stimulating thought of a great many different kinds.”A.H. Armstrong, “St. Augustine and Christian Platonism,” in Augustine: A Collection of Critical Essays, ed. R.A. Markus (Garden City, NY: Anchor Books, 1972), 3. While there is little question that Augustine believed that the non-material world is “better,” or in some sense “higher” than the material world, it is probably best to say that within the created order which is wholly good, there is a type of “limited dualism”—where man is central, and the image of God is located in man’s mind or soul.

As Augustine worked out his doctrine of creation, he was led to a robust affirmation of creation out of nothing, and to reflect upon the nature of time. For Augustine it is a changeless and timeless God who creates out of nothing. This notion of creation out of nothing allows Augustine to affirm that God truly is unchangeable. For if God creates out of himself, or from himself, it is hard to see how God could remain unchangeable. It is at this very point that Augustine differs from Plotinus and the Neo-Platonists. Whereas Plotinus contends that creation is ultimately a necessity, Augustine attributes the reality and act of creation solely to the will of God. For Augustine God creates because he wants to, and out of goodness, not because the creative act is somehow a necessity.Explanations of the Psalms CXXXIV.10.

Augustine argues that “the world was made, not in time, but simultaneously with time.”City of God XI.6.  Indeed, “Since then, God, in whose eternity is no change at all, is the Creator and Ordainer of time, I do not see how He can be said to have created the world after spaces of time had elapsed, unless it be said that prior to the world there was some creature by whose movement time could pass.”City of God XI.6.

What of the actual days of creation in Augustine’s thought? Augustine adopted a cautious attitude: “What kind of days these were it is extremely difficult, or perhaps impossible for us to conceive, and how much more to say!”City of God XI.6. He reads Sirach 18:1 to teach that God creates everything all at once. Hence the puzzle: why does Genesis then portray creation as taking place over six days? Unlike some moderns, he is not trying to account for an older earth scenario, nor is he trying to square Genesis with evolutionary scenarios. He has his own questions which interest him. Augustine is also cautious about the nature of light during the first three days of creation: “but what kind of light that was, and by what periodic movement it made evening and morning, is beyond the reach of our senses; neither can we understand how it was, and yet must unhesitatingly believe it.”City of God XI.7.

Augustine’s robust trinitarianism pervades his thought, including his thinking on creation. For Augustine creation is a trinitarian act. In A Handbook on Faith, Hope, and Love Augustine writes that all things are created by God “and that there is nothing which either He Himself is not or which does not stem from Him–from Him, the Trinity, the Father, the Son begotten of the Father, and the Holy Spirit proceeding from the same Father, but being the one and the same Spirit of Father and Son.”A Handbook on Faith, Hope, and Love 9.

The Doctor of Grace has left us a significant literary legacy, in which he wrestled with one of the perennial issues of the ages: the nature of created order, and its relationship to the Triune God of Scripture. He still repays careful reading. 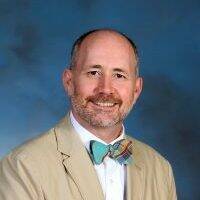 Bradley G. Green (PhD, Baylor University) is Associate Professor of Christian Thought & Tradition at Union University. He is the author of several books, including Colin Gunton and the Failure of Augustine, and Covenant and Commandment: Works, Obedience, and Faithfulness in the Christian Life. He also edited and contributed to Shapers of Christian Orthodoxy: Engaging with Early and Medieval Theologians.
All posts by Bradley Green   |   follow on
View Add a Comment
How Divine Presence Strengthens Anemic Doctrines of CreationRules for Dancing
Sapientia RSS
Newsletter Sign-up
More in Rooting the Faith See All
More in Creation Project See All