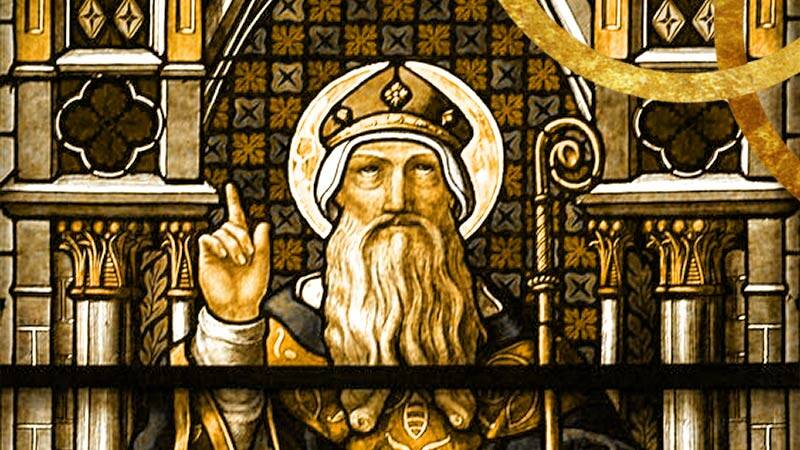 Basil is finding a new level of popularity in young-earth creationist (YEC) writings, and no wonder.E.g. James R. Mook, “The Church Fathers on Genesis, the Flood, and the Age of the Earth,” in Coming to Grips with Genesis: Biblical Authority and the Age of the Earth (ed. by Terry Mortenson and Thane H. Ury; Green Forest, AZ: Master Books, 2008), 27–28, 30–32; Jonathan D. Sarfati, Refuting Compromise: A Biblical and Scientific Refutation of Progressive Creationism (Billions of Years) as Popularized by Astronomer Hugh Ross (Green Forest, AR: Master Books, 2004), 112–113.

He explicitly turns away from the allegorical approach that led Origen and later Augustine to embrace instantaneous creation, and professes a literalism in his Homilies on the Hexaemeron that seems to spare Genesis 1 from the sorts of interpretive somersaults that have made Christians wary of letting academics get a hold of the role of Bible teaching.For a comprehensive account of how Basil and other church fathers interpreted the days of Genesis 1, see Andrew Brown, The Days of Creation: A History of Christian Interpretation of Genesis 1:1-2:3, HBIS 4 (Blandford Forum, UK: Deo Publishing, 2014). Let’s look at the question as to whether advocates of a literal kind of creationism have found in Basil a clear advocate from early church history. Let me not create here the expectation of some merry balloon-bursting; my goal is to be fair all around and call it as I see it.

Basil the Great, or Basil of Caesarea (c. 330–378), was one of the ‘Cappadocian Fathers’ along with his younger brother Gregory of Nyssa and friend from college days, Gregory of Nazianzus. All were bishops in the Greek-speaking Eastern church at a time when the Roman Empire had separated into two rather independent halves, and Christian bishops often played an influential 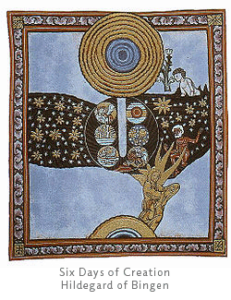 leadership role in their local region, and could often be found involved in doctrinal controversies with their fellows too. Basil, though well-educated in Athens and qualified for high imperial office, had devoted his life to serving Christ in the church, and his Hexaemeron reflects these priorities, being geared to the needs of the ordinary workaday believers who were gathering for something like a Bible conference: a Lenten Holy Week that featured nine church services in five days of rather intensive devotion. The biblical text allotted to this week in the eastern church’s liturgy was Genesis 1, and Basil’s approach as preacher for the occasion was to expound the events of the creation week to match the lived week of the hearers, and to culminate with the creation of the ‘first Adam’ at the time when the achievements of the ‘second Adam’ on the cross were being celebrated (1 Cor. 15:45).

Basil’s well-known claim to a literal approach in these sermons only comes in the last, ninth one:

I know the laws of allegory, although I did not invent them of myself, but have met them in the works of others. Those who do not admit the common meaning of the Scriptures say that water is not water, but some other nature, and they explain a plant and a fish according to their opinion. . . . When I hear ‘grass,’ I think of grass, and in the same manner I understand everything as it is said, a plant, a fish, a wild animal, and an ox. ‘Indeed, I am not ashamed of the gospel.’Hexaemeron 9.1. See the English edition I use here, Basil of Caesarea, “On the Hexaemeron,” in Exegetic Homilies (ed. Agnes Clare Way; Fathers of the Church 46; Washington, D.C: Catholic University of America Press, 1963), 135.

Earlier in the series, Basil must do as all patristic Genesis commentators do and explain, while expounding the first day of creation, how the ‘day’ receives its definition, given that Gen. 1:5 ends outside the normal pattern of the chapter:

‘And there was evening and morning, one day.’ Why did he say ‘one’ and not…call the one which begins the series ‘first’[? H]e said ‘one’ because he was defining the measure of day and night and combining the time of a night and day, since the twenty-four hours fill up the interval of one day. . . . so that, as often as through the revolution of the sun evening and morning traverse the world, the circle is completed. . . in the space of one day.Hexaemeron 2.8 (Way, 33).

This all appears very literal in relation to the creation days, and in one sense it is. When Basil addresses the existence of light before the creation of the sun on Day 4, a sequence that convinced Origen that the creation account could not be meant literally,Origen, De Principiis 4.3. Basil explains that the light produced on this first day “was not at that time according to solar motion, but it was when that first created light was diffused and again drawn in according to the measure ordained by God, that day came and night succeeded.”Hexaemeron 2.8 (Way, 34). He would later add in connection with the fourth day, that “at that time the actual nature of light was introduced, but now this solar body has been made ready to be a vehicle for that first-created light.”Hexaemeron 6.2 (Way, 86).

This and other statements confirm that Basil has in mind a real, chronological sequence when he contemplates the creation week. Thus far he looks rather like an early-church representative of a YEC position. But he does say some things that might make us wonder. Considering the many proposed meanings of the word ‘beginning’ in Gen. 1:1, he comments finally,

Does Basil in fact advocate an instantaneous creation, as Augustine shortly will end up doing in his famous commentary, The Literal Meaning of Genesis? Some commentators on Basil have been left scratching their heads over this, but in fact, he is not. It is important to keep in mind, despite a sometimes-disorienting exposition, that in this first homily Basil is still discussing the meaning of the creation he understands to be described in Gen. 1:1 – the initial creation by God of the base material from which he will accomplish creation across the six ensuing days. The signs of a sequential treatment of the content of Days 1-6 are real. Basil believes that time is created with the material order, and developments after that instantaneous beginning of Gen. 1:1 belong to the world of time. Why, then, does he go on, right after his statements about a twenty-four hour first creation day, to say that a day can be like an age?

He called the beginning of time not a ‘first day,’ but ‘one day,’ in order that from the name it might have kinship with eternity. . . . For, Scripture knows as a day without evening, without succession, and without end, that day which the psalmist called the eighth, because it lies outside this week of time. Therefore, whether you say ‘day’ or ‘age’ you will express the same idea. . . . In order, therefore, to lead our thoughts to a future life, he called that day ‘one’, which is an image of eternity.Hexaemeron 2.8 (Way, 35).

Yet this unlooked-for sophistication still does not detract from the realism, the very physicality of Basil’s treatment of creation. He might be drawing on Aristotle’s elemental theory and Neoplatonic concepts of time, but he still thinks of literal light, literal darkness, literal water and so forth. My only caveat about his literalism is that he did not treat a literal position as exclusive of metaphysical theory. Though cautious about the sparse spiritual edification to be found in philosophical speculation, it clearly informs his understanding of the physical world very thoroughly. His literal stance did not, in fact, involve a wholesale rejection of the intellectual mainstream. He employs classical philosophy, but he firmly critiques it, and harnesses it to his purpose of demonstrating the glory of God in the works of creation.

Andrew Brown (PhD, University of Queensland) is lecturer of Old Testament at Melbourne School of Theology. His recent publications include "Augustine's View of Creation and Its Modern Reception" in Augustine and Science, and The Days of Creation: A History of Christian Interpretation of Genesis 1:1–2:3. He blogs regularly about issues in Old Testament interpretation at FirstThreeQuarters.
All posts by Andrew Brown   |   follow on
View Add a Comment
"...Creator of Heaven and Earth ..." Evangelical Scholars Engage Doctrine of CreationChrist Places Himself Under the Law to Redeem Us from It
Sapientia RSS
Newsletter Sign-up
More in Rooting the Faith See All
More in Creation Project See All