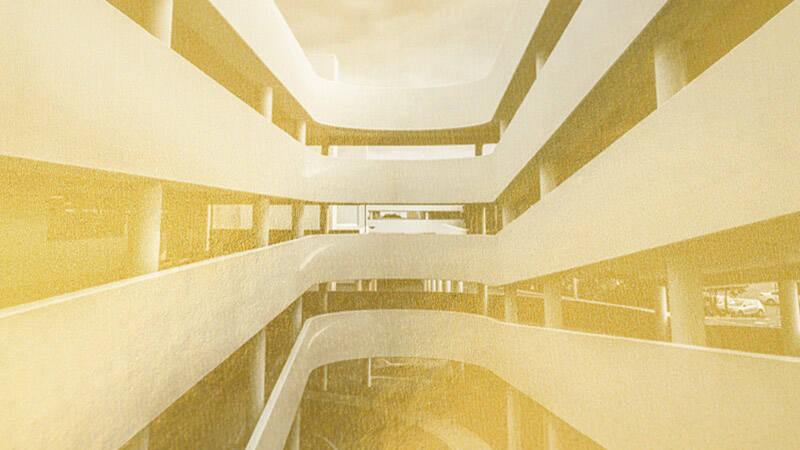 Reflections on Miraculous Divine Activity by a Christian Anthropologist

Christians understand God to work in various ways. God created and sustains the universe, an ordered universe. The fact that gravity works in consistent, rather than capricious, ways is God’s good gift. As with sunshine and rain (Mt. 5:45), gravity is given through providence both to the just and unjust. When, through science, we study the universe, it is a God-created and sustained universe.

Through special providence also, God sometimes “works things together for good” to those who love him. Before Haman approached King Ahasuerus to ask for Mordecai’s death, God choreographed events so that Ahasuerus, after a sleepless night,But Christians also understand that on occasion God has suspended normal created-order processes and performed miracle signs. was also thinking about Mordecai—how to honor him. Haman’s plans were thwarted before he could even defend them.

But Christians also understand that on occasion God has suspended normal created-order processes and performed miracle signs, signs that accredit specified individuals as truly bringing a message from God. Gravity is suspended when Jesus walks on water or ascends to the sky. Jesus instantly calms a storm, heals a man born blind, and rises from the dead.

On one model, such miracles appear at key junctures of salvation-revelation history to accredit God’s messengers and the truths they reveal. People may build a monument to bear witness to future generations of such a non-replicable event (e.g., Joshua 4). Or they may testify in writing as eye witnesses to the key miracle events for future generations, such testimony being foundational to the revelational truth claims that Scripture affirms. On another model, such miracle events should accredit the message each time the gospel is being preached to the unreached. On yet a third model, such miracle events ought to be an on-going replicable experience for each and every person that truly trusts God.

The Edges of Enchanted Worlds

Somewhere across the Ecuador border, I was told, was a valley called takate where the game was fat and plenteous—but where the only entrance to the valley was through a portal where two giant rocks opened and closed rhythmically, clanging with the sound takate. If you approached quietly and timed your jump, you could jump between the rocks without being smashed. But as soon as you did, the rocks would open and shut in a frenzy to keep anyone else from entering, and to keep you from exiting.

In contrast to the enchanted world of animism, where the physical material universe is infused with diverse and capricious powers, the Christian vision of the world as an ordered creation laid important foundations for the rise of modern science. That is, it is not only naturalism as an ideology, but the biblical vision and doctrine of creation itself, that is discontinuous from animistic cultural views of the material world.

But it is also worth stressing that traditional cultures differ significantly from each other. The enchanted world of the Aguaruna was different from that of the Siriono. Among the Aguaruna, virtually every death was attributed to the malevolence of a neighbor acting through witchcraft. By contrast, among the Siriono, the very idea of the witch was totally absent. For the Aguaruna, shamans offered to heal.I do not believe it is helpful to imagine a uniform naturalistic West juxtaposed against a uniform enchanted non-West that is more biblically aligned. In every culture, there are discontinuities with Scripture, as well as continuities. But since their diagnosis for every life-threatening illness was “somebody did this to you!,” they sowed interpersonal fear, distrust, and retaliatory violence. In other cultures, shamans, like Job’s comforters, interpret misfortune as caused by the sin of the sufferer, not the envious psychic attack of a neighbor. For both the Siriono and Aguaruna the enchanted vision focused heavily on fear. But for the Aguaruna, it also focused on empowering aggressive violence. While the Aguaruna traditionally had a concept of a high god, this god was distant. For neither the Siriono nor Aguaruna was there any vision of loving relational companionship with one or more supernatural beings.

I do not believe it is helpful to imagine a uniform naturalistic West juxtaposed against a uniform enchanted non-West that is more biblically aligned. In every culture, there are discontinuities with Scripture, as well as continuities. “Enchanted visions” of the world found in diverse cultures should not be assumed to mediate truth reliably, on biblical grounds. For example, when Jeremiah 10 considers a fetish that supposedly represents great power, Jeremiah compares it to a lifeless scarecrow intended to intimidate crows, an object that must be propped up so it doesn’t fall over, and warns us not to fear the supposedly enchanted object which the nations fear. “Do not fear them; they can do no harm nor can they do any good” (v.5). And again, the Apostle Paul warns us to exercise critical judgment when encountering what today we might call urban legends (1 Tim. 4:7). Such legends get uncritically transmitted in all regions of the earth, from America’s own vanishing hitchhiker stories to stories of witches routinely falling from the sky elsewhere.

Which Culture? Whose Beliefs?

So, if cultures differ from each other, and from Scripture, then it becomes important that we articulate which aspect of a given culture’s views we wish to consider. For example, the idea of a witch in many cultures, but not all, is the idea that certain people have a sort of evil psychic power that they use to harm others. In such cultures, all the misfortunes that Job experienced would be understood, not as due to his own sin, but as caused by an envious malicious neighbor acting through evil occult power. And since a witch is a person, to attribute misfortune to a witch is seriously consequential to the persons so accused. In the churches of Kinshasa, this is frequently small children. But elsewhere it may be elderly widows. And from Ghana to the Democratic Republic of the Congo, Christian exorcisms today are most frequently done in response to the belief that a designated person is a witch who has harmed others through witchcraft and who must be exorcised. Is this an idea that Christians should align with and affirm? The issues are far too complex to consider here, but for those interested, the February 2020 issue of On Knowing Humanity Journal: Doing Ethnographic Research and Analysis Through Eyes of Christian Faith is hosting a theme issue on the topic of witch accusations and the church—with numerous theologians from around the world weighing in.Is it true that God more frequently performs miracle signs in the non-West than the West? Perhaps. Perhaps not. In my view, this sort of targeted sustained and global conversation is what is needed. Not a single simple typology where we cluster complex and diverse ideas about spiritual realities around the options of either belief or unbelief, but where each possible set of ideas and practices is considered on its own merits critically and theologically.

It is worth pointing out, that there are forms of enchantment in Western settings also, with many Americans believing in astrology, in haunted houses, in forms of fortune telling, psychic power, reincarnation, Bigfoot, and visitations by extra-terrestrials. According to a major Baylor University survey,https://www.baylor.edu/mediacommunications/news.php?action=story&story=52815 non-religious Americans were more likely to believe in each of the above than were American evangelicals who, by contrast, were more likely to affirm the reality of a supernatural morally concerned God, and of angels or demons. Tanya Luhrmann, who studied British neopagansTanya Luhrmann, Persuasions of the Witches Craft (Cambridge, MA: Harvard University Press, 1991). and American evangelicals,Tanya Luhrmann, When God Talks Back: Unverstanding the American Evangelical Relationship with God (New York, NY: Vintage, 2012). portrays both groups as living in enchanted worlds. Having said that, there are certainly powerful naturalistic impulses among Western elites, and this provides an influential backdrop to Christian experience and thought. While many American evangelicals do engage in frequent and sustained intercessory prayer, it is probably true that few actually pray for God to perform miracle signs like walking on water, turning water into wine, speaking a language one has not learned, or instant healing for someone born blind. Whether this is due to naturalistic unbelief, or to a perception that this is not something Scripture encourages each believer to expect on a day-to-day basis, is an open question for further discussion.

Is it true that God is more actively engaged with his people in the non-West than the West? I doubt it. Is it true that God more frequently performs miracle signs in the non-West than the West? Perhaps. Perhaps not. Adequate consideration of relevant issues would take far more space than this brief commentary allows. However these are important questions, and they merit our continued consideration.

Robert Priest (PhD University of California, Berkeley) is Professor of Anthropology at Taylor University. His research interests include ethnicity, short-term missions, witchcraft, preaching and culture, money and missions, and religious conversion.
All posts by Robert Priest   |   follow on &
View Add a Comment
Our Life Is a Prayer Before GodInseparability Between the African and Biblical Worlds
Sapientia RSS
Newsletter Sign-up
More in Areopagite See All
More in Creation Project See All