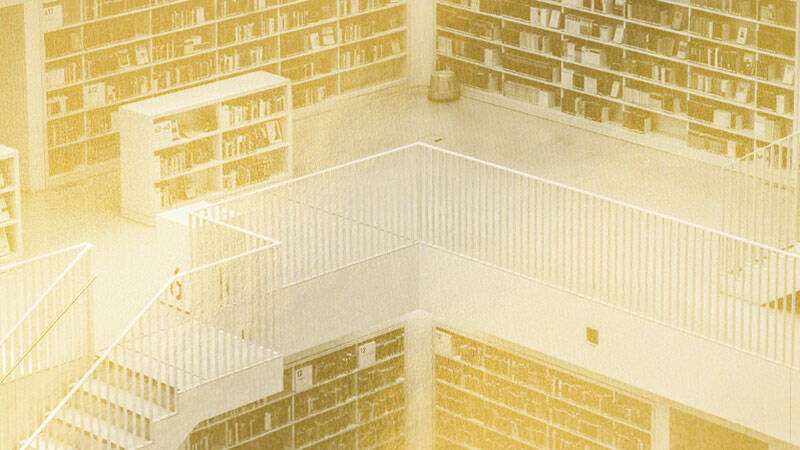 Inseparability Between the African and Biblical Worlds

A number of years ago at a conference in Hamburg, Germany, a European theologian asked me a question after my presentation on African Pentecostalism and World Christianity: “Why do your people [Africans] spend so much time praying about everything?” My answer was simple: “unlike you, when we pray ‘give us this day our daily bread,’ we mean it literally.” Prayer for any need, especially if the need is existential, presupposes belief in the existence of a transcendent power beyond the earthly realm of lack, pain, suffering and sickness. Africans have generally remained aware of a universe that is alive with supernatural power with God at the helm; we can expect him to intervene in human affairs in ways that elsewhere may be taken for granted. Thus, when we pray, “give us this day our daily bread” we genuinely and truly believe that even the mundane and secular things of life have their source in divine providence.

The Bible in African Christianity

“If you do not believe the Bible, why did you bring it to us?” This is a question that I have heard many African Christians ask as they encounter Christianity beyond the West. The historical links between Africa and mission history implies for many that Christianity is synonymous with Western religiosity. Historically, evangelization through formal education became one of the hallmarks of Christian presence in Africa.Asking for God to deliver the West from its spiritual blindness is now an important prayer topic in African immigrant churches in Europe. As its influence declined in the West, the Bible retained its place in Africa as the inspired word of God. The rise of the African independent movement at the beginning of the twentieth century, for example, was an attempt to reclaim for the faith certain charismatic dimensions that Western mission Christianity had overlooked. This included the power of the Holy Spirit. African Christians are traumatized when they now encounter the level of secularity in the West.

Asking for God to deliver the West from its spiritual blindness is now an important prayer topic in African immigrant churches in Europe. African immigrant churches feel a sense of calling to restore the presence of God and of Christianity to the former heartlands of the faith. “They are wealthy, but the devil has stolen their hearts” is how one African Christian put it to me. Christianity has become a non-Western religion. African Christianity is not monolithic and its most popular forms are the contemporary Pentecostal/charismatic streams with their emphasis on the experience of the Holy Spirit and his power. Their theology is very interventionist in nature, bringing together the African traditional and biblical worlds in ways that are innovative and appealing to indigenous religious sensibilities.

We read in the Bible that Jesus Christ, the Son of God, dealt the devil a decisive blow and having floored him as in a boxing ring; Christians have been delivered a victory in which they must walk. If evil, such as we find in witchcraft were merely mythical, Jesus would not have included the line “deliver us from evil” in his prayer. Thus, for the average African Christian, the Bible is never a mere textbook. It is the word of God and those Christians who have come out of traditional religion into faith in Christ, believe that in him, all things work together for our good. Prosperity—the gift of children, money, good health, promotion, success and the like—as originating from God, already existed in African culture before American televangelism started promoting these things in the media. The gospel of Jesus Christ, I have heard African preachers say, is not a “gospel of poverty.” Poverty is not a biblical virtue and part of the African disenchantment with Western mission Christianity actually lay in the fact that poverty—whether consciously or unconsciously—was made synonymous with spirituality. Prosperity preaching in Africa is a critique of the Western biblical hermeneutic on poverty and spirituality.

Contemporary Pentecostalism has become popular because it presented matters in a different light. God rewards Christian faithfulness on this earth, and not just in heaven. Pentecostalism is popular because it has an existential message in which the believer in Christ has the authority to cast out evil and open the way for good and prosperity. We love Pentecostalism because it is able to accommodate and make sense of the African worldview in a way that mission Christianity was not able to do. In Pentecostalism, the powers of evil, which are also present in the traditional world, are not dismissed as powerless myths. Pentecostals believe that Jesus has given them the authority through spiritual warfare to overcome these powers of evil.

In the Bible, possessions are not denounced as evil as such. What Jesus chastised people for was materialism, living as if material things constituted ends in themselves, which is a form of idolatry. The prosperity message will not go away from African Christianity because the African context itself is one in which religion serves as a survival strategy. Even within the traditional African religio-cultural setting, libation prayer is very petitionary. During prayer, the transcendent realm of gods, ancestors, and other benevolent powers are petitioned for good health, longevity, fruitfulness, and communal prosperity and wellbeing. The concluding segments of such prayer is reserved for cursing evil, to subjugate and eliminate those malevolent powers that take away from human flourishing. It explains the strong affinity that has developed between African Pentecostal Christianity in particular and the world of the Old Testament where the supernatural, in terms of God’s decisive dealings with evil, are very evident and where wealth is a sign of his blessing.

There is an undeniable influence of American prosperity preaching on its African versions. However, the notion that prosperity preaching is an American export to Africa needs to be interrogated. There are subtle African cultural influences that have been brought to bear on the gospel of prosperity. Thus, in African Christianity generally, wherever there is a strong prosperity preaching, one may discover another key emphasis of spiritual warfare through healing and deliverance. In a context of dire poverty, unemployment, illness, squalor and difficult socio-economic conditions, some of the materialistic promises made by preachers are not realized. In those circumstances, supernatural evil must be dealt with in prayer camps set up for these purposes. Thus, prosperity preaching has yielded an unexpected phenomenon of people caught in a deliverance fix as they move from one healing camp to another looking for solutions to their existential problems.

Beyond the Rivers of Ethiopia

But African Pentecostal prosperity preaching offers something more than just blaming all problems on supernatural evil. There is another dimension to prosperity preaching in Africa that needs to be explored. A new breed of charismatic leaders, notably Pastor Mensa Otabil of the International Central Gospel Church (ICGC) based in Ghana,This is a liberation theology of a different kind in which the Bible is used to inspire confidence in the desire for upward mobility in life by a growing middle class in Africa. and Pastor Matthew Ashimolowo of the Kingsway International Christian Center (KICC) based in London, cast themselves as “motivational preachers.” The old methods of paying tithes and offerings or making positive declarations to awaken the spirit of prosperity have not been abandoned. In this expanded approach to prosperity, these preachers now inspire especially young upwardly mobile and professional Africans to aim higher in life.

In the new form of prosperity preaching, there is a clear paradigm shift from the traditional prosperity principles of “sowing and reaping” or “naming and claiming” to an emphasis on hard work, investment, education, and the utilization of natural talents and abilities to develop oneself in life.Paul Gifford, Ghana’s New Christianity: Pentecostalism in a Globalizing African Economy (Bloomington, IN: Indiana University Press, 2004), 113-132. The context is the inferiority complex that Africa has had to live with for centuries because of her slave past and the tilt in the balance of socio-economic and scientific development in favor of the West. This is a liberation theology of a different kind in which the Bible is used to inspire confidence in the desire for upward mobility in life by a growing middle class in Africa.

Pastor Mensa Otabil has written Beyond the Rivers of Ethiopia and Pastor Matthew Ashimolowo, What’s Wrong with Being Black?Mensa Otabil, Beyond the Rivers of Ethiopia: A Biblical Revelation on God’s Purpose for the Black Race (Accra: Altar International, 1992); Matthew Ashimolowo, What’s Wrong with Being Black: Celebrating our Heritage, Confronting our Challenges (London: Destiny Image, 2008). In their writing, Africans are encouraged to work to overcome their unfortunate past—the burden of being black—because God did not make us inferior to anyone. That is the context to appreciate the establishment of Pentecostal universities in Africa today. The slogan of Pastor Otabil’s ICGC is: “Raising Leaders, Shaping Vision and Influencing Society through Christ.” Pastor Ashimolowo’s KICC has “Raising Champions and Taking Territories.” That is the new language of prosperity and the Central University that Pastor Otabil established some two decades ago exists to help young people achieve their dreams of prosperity through education and professional development. Similar institutions are found in contemporary Pentecostal Christianity in Nigeria as elsewhere on the continent.

There is no point in romanticizing Christianity in Africa simply because it now has the numbers on its side. There is much going on in terms of theological innovation, but there is also much dross mixed in with authentic biblical Christianity. In the mix of wheat and tares, one thing is still clear, contemporary Pentecostal/charismatic Christianity of the prosperity preaching kind, has permanently transformed the face of Christianity in Africa.

J. Kwabena Asamoah-Gyadu (PhD University of Birmingham) is President and Baeta-Grau Professor of Contemporary African Christianity and Pentecostalism at Trinity Theological Seminary in Legon, Ghana. He is a member of the Lausanne Theology Working Group and is widely published in the fields of African Christianity and Renewal Theology.
All posts by Kwabena Asamoah-Gyadu   |   follow on
View Add a Comment
Reflections on Miraculous Divine Activity by a Christian AnthropologistMiraculous Divine Activity and Religious Worldviews
Sapientia RSS
Newsletter Sign-up
More in Areopagite See All
More in Creation Project See All