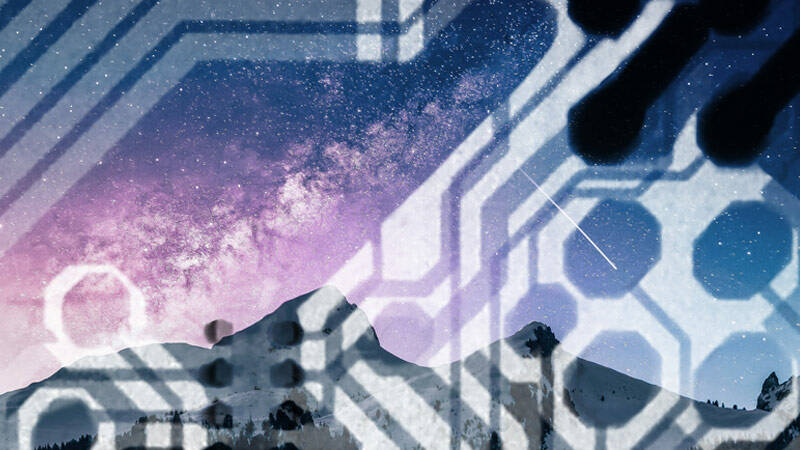 Nor is our perception of something as physically impossible a sufficient condition for it to be recognized as a miracle in the biblical sense. What we take to be physically impossible is a function of our current state of knowledge. If we observe something that is unexplainable on our current understanding and if there is no obvious connection to a sign and wonder pointing to the kingdom of God, it seems like the default reaction should be to look harder for scientific explanations. Sometimes observations that sit uncomfortably or anomalously with current theory make us search for solutions from within the currently accepted theories.So if “violations of natural law” are neither necessary nor sufficient for recognizing something as a miracle, then detecting divine intervention is less about science than about theology. I’d suggest the apparent irreducible complexity of bacterial flagella and the remarkable radiation of species during the Cambrian Explosion fit that category. Other times the observation of such “impossibilities” has contributed to overthrowing accepted theories and coming to new realizations of what is physically possible—e.g., observing moons around Jupiter helped move us from geocentrism to heliocentrism, and observing the progression of the perihelion of Mercury helped move us to general relativity.

I, along with most who call themselves evolutionary creationists, think scientific explanations have a kind of integrity that should keep us from inserting non-scientific elements into those explanations. We’ve all seen the cartoon where a student writes a bunch of equations on a chalkboard interrupted by “and then a miracle happens;” his professor says, “I think you should be more explicit in this step.” That shouldn’t at all be counted as a claim that miracles don’t happen, but just that “then a miracle happens” doesn’t qualify as a legitimate step in a scientific explanation. Of course this opens the can of worms known as methodological naturalism. I only have space here to point to some other things I’ve written on the topicSee my chapter on methodological naturalism in Old Earth or Evolutionary Creation: Discussing Origins with Reasons to Believe and BioLogos (Downers Grove: IVP, 2017), and more briefly and topically in the blogpost Reviewing #Creatorgate: How Science is Like Soccer (BioLogos.org March 10, 2016). and say I don’t take a hard line on MNI’m willing to hear dialogue about this among theologians, and I’m content to let the scientists keep looking for natural explanations for them. as though it somehow gets to the essence of science (that just doesn’t hold up to historical scrutiny). But I will say it is a helpful heuristic for recognizing the proper limitations of scientific explanations. MN becomes problematic if you restrict science to natural explanations and then also think that science tells the whole story.

But we don’t think science tells the whole story. It gives one perspective on reality. So there are going to be things that science can’t explain, and you might call those gaps. But they are not gaps within scientific explanations (like the cartoon points to), they are gaps at the edge or boundary of science. So, with the resurrection we have an obvious sign and wonder pointing to the kingdom of God, and we ought to ask, “is that the kind of reality that science is equipped to explain?” And my answer is No, there is no scientific explanation for the resurrection. Call that a gap if you want, but it seems fundamentally different than the gaps in explaining the Cambrian Explosion or evolution of the eye, which are connected to the reality of the kingdom of God only in a much more indirect way. But what about the origin of the universe? Or the origin of life? Or the origin of consciousness? I don’t know. They seem to me to be in between the resurrection and the Cambrian Explosion with respect to whether they should be seen as signs and wonders pointing us to the kingdom. I’m willing to hear dialogue about this among theologians, and I’m content to let the scientists keep looking for natural explanations for them.

Much more to say, but I’ve hit the word limit.I’ve developed my approach further in “Speaking of Wisdom: How Language Shapes the Conception of Ourselves” in Evolution of Wisdom: Major and Minor Keys, eds., Celia Deane-Drummond and Agustin Fuentes (Notre Dame: Center for Theology, Science, and Human Flourishing, 2018), available online at: https://ctshf.pressbooks.com/chapter/speaking-of-wisdom/. I’ve benefited from conversation on this topic at the BioLogos Forum under the thread, Does Evolutionary Creation allow for detectable divine intervention.

Jim Stump (PhD Boston University) is Vice President at BioLogos and host of the Language of God podcast. His most recent books are Original Sin and the Fall: Five Views (IVP, 2020), Science and Christianity: An Introduction to the Issues (Wiley-Blackwell, 2017), and Four Views on Creation, Evolution, and Intelligent Design (Zondervan, 2017).
All posts by Jim Stump
View Add a Comment
Whose Understanding? Which Conceptuality?Humble Thyself in the Light of the Source
Sapientia RSS
Newsletter Sign-up
More in Areopagite See All
More in Creation Project See All