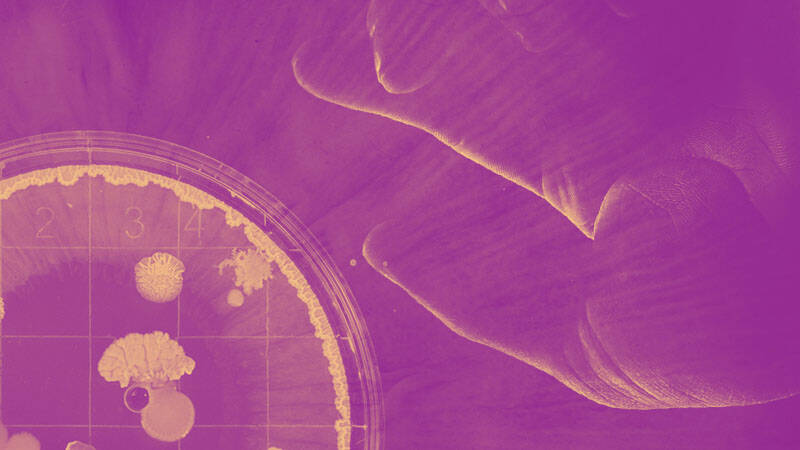 Where the Coronavirus Didn’t Originate—and Maybe Did

Before I reveal the One Correct Way Christians ought to understand the coronavirus, let’s clear some brush out of the way and establish some basic principles.

It would seem that something can be neither good nor bad, just existing. An icicle hanging off the edge of a roof seems devoid of moral valence—until it suddenly detaches, falls, and injures a passerby. A virus seems like that: just a thing doing its thing (I don’t have much training in biology, so that’s as technical as I can put it) until it infects a host and causes suffering and death.

Pestilence Is Not Neutral

The kind of instrument this coronavirus is, is what the Bible calls pestilence. As such, it is clearly bad—it is associated with a world quite opposite from the messianic kingdom to come—even as God uses it in our era to accomplish good. And God uses it particularly as a form of judgment.

Pestilence stresses us. And stress tests bring to the surface what lies beneath, whether healthy or sick,It strengthens good hearts and hardens bad ones as it presses people either to change for the better or to become more and more themselves. strong or weak, good or evil. So pestilence judges in the sense that it reveals.

Such judgment then can be instructive for those who are willing to learn from it, and there is lots to learn from it: about God’s providence, about the fallenness of the world, about our own frailty and finitude, about kindness and courage, and, yes, about biology and medicine.

Pestilence also teaches us about injustice, as the powerful normally fare differently than the weak by corralling resources for their own good at the expense of others. It also teaches us that the powerful ultimately fare exactly as the weak, as pestilence reaches into even the finest homes and best-equipped hospitals.

Such judgment ultimately provokes: to love and good deeds or to selfishness and sin. It strengthens good hearts and hardens bad ones as it presses people either to change for the better or to become more and more themselves.

Pestilence, therefore, is not neutral. It has no conceivable place in the world to come. But it is not merely bad, either. Rather, it is a bad thing that God nonetheless allows—in fact, the Bible typically eschews our timorous euphemisms and just says brings—in order to accomplish the multifarious good work of judgment.

Where, then, does it come from? Is it a result of the fall? Or is the coronavirus instead part of God’s originally good creation, granted freedom of God to replicate “according to its kind”?

Those seem to be the two dominant choices in the history of Christian thought. And I think they’re both wrong.

A Result of the Fall?

Nor is evil introduced into the world for the first time at the fall. The serpent seems clearly up to no good from his first appearance. The serpent’s wickedness provokes the fall; it doesn’t result from it. And other Scriptures indicate that the cosmos contains evil angels who rebelled well before the creation of humans. So we have hints, at least, that God’s originally very good creation (Genesis 1) is not entirely good, much less perfect, even by the time we encounter Genesis 3.

I see, therefore, no good reason to blame the coronavirus on the fall. The fall does seem to have biological implications—increased pain in childbirth and a resistance to easy agriculture—but those curses are so stylized, coordinating so neatly with the two vocations of the original humans (procreation & cultivation), that it’s not obvious how much hard science we can draw from them.

I also, however, see no good reason to blame God, either, as many now seem to be doing in the train of John Polkinghorne. Polkinghorne, of course, doesn’t intend to blame God for bad things in the natural world, but he ends up doing that nonetheless.

It simply doesn’t work, as Daniel Harrell also ventures, to transfer the moral concept of freedom to the world of non-moral agents such as viruses.

In what sense is a virus free? Or, for that matter, a tree or a frog? They are free in the sense that they are allowed by God to be what they are and do what they do—in the context of other creaturesThings are either good already or conducing toward shalom—or they are anomalies in God’s good order and are destined for final judgment. being what they are and doing what they do, too. But to suggest that God’s gift of moral freedom to human beings in order that we might learn holiness and love is strongly parallel to God letting a flood flow where it will or a hurricane destroy whatever is in its path is to equivocate exactly where we mustn’t.

There is no ultimate good coming from the freedom of that water or that wind. Neither are moral agents capable of using their freedom to achieve some higher condition and purpose, as humans (and angels) are. So there is no obvious higher good achieved by just letting ‘em rip. Instead, God as the ultimate gardener controls the wind and the waves to achieve his creative and redemptive purposes. Moreover, anything in God’s economy that is not itself good or is not being made to produce shalom is ipso facto resisting the will of God—and we all know how God feels about that.

To be sure, had Polkinghorne and company made the important, if common-sensical, claim that God needs to let physical objects behave in an orderly manner so that the world is an orderly place such that human beings can understand and then obey God’s call to garden it—that would, of course, have been fine. God can’t be running around suspending the laws of nature all the time, like a conscientious preschool teacher leaping about the room removing harmful objects from toddlers’ hands and mouths.

Nonetheless, however, God also cannot remain blithely indifferent—as, I fear, some of his defenders in this mode strike me as sounding—to the suffering and death wreaked by physical forces, plants, and animals on each other and on us. Just because it’s natural doesn’t mean it’s good—or even neutral. Things are either good already or conducing toward shalom—or they are anomalies in God’s good order and are destined for final judgment.

I pause to allow that what might strike someone as a bad thing might in fact be a good thing. We’re learning to get over our squeamishness, for instance, about the biomes each of us carry around in and on us, since many of those microorganisms are in fact doing us good, as well as themselves. So I freely allow that our judgment about what is or isn’t good is subject to correction.

Still, some things seem to be good only in terms of God using them to achieve certain good ends and such things will not survive into the world to come. This coronavirus strikes me as a good candidate for such a category.

How, then, did such bad things get into God’s good world? God didn’t create them: they’re bad. Adam and Eve didn’t foment them, since they seem to have predated the creation of humans. So which moral agents remain in the cosmos to be responsible for such natural evils?

Fallen angels fit the bill in that they predate humans and, indeed, the creation of our planet. We know that they are sometimes allowed to wreak physical havoc on the earth (as the stories of both Job and Jesus make plain). Yet even their mischief is used by God to accomplish good purposes. So they get my vote, especially when one considers some of the particularly nasty, even sadistic, instances of “nature red in tooth and claw.”

To be sure, the Bible does not give us anything like a fully satisfying etiology of suffering, death, and evil. What it does give us is abundant instruction on how to respond to such things: lament, war, trust, growth, and service.

Frankly, to engage in each of those doesn’t require a clear and comprehensive explanation, but instead just acknowledgement, description, and the will and the way to respond in faith, hope, and love. I trust these essays will encourage us thus.

John Stackhouse (PhD University of Chicago) holds the Samuel J. Mikolaski Chair of Religious Studies at Crandall University in Moncton, Canada. His most recent book is Can I Believe? Christianity for the Hesitant (OUP, 2020).
All posts by John G. Stackhouse, Jr.   |   follow on
View Add a Comment
A Wheat and Weeds CreationIn Death as in Life
Sapientia RSS
Newsletter Sign-up
More in Areopagite See All
More in Creation Project See All