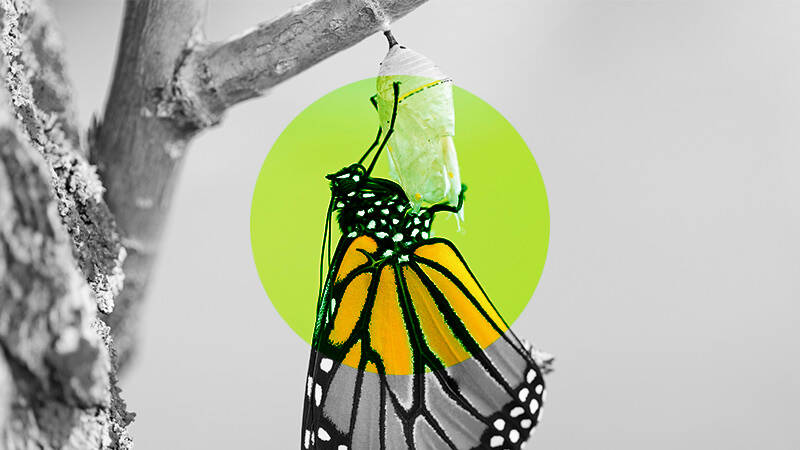 The Evidence of Science and Scripture

I was challenged with this objection during a debate on national television in the UK.The program was the BBC’s ‘The Big Questions’ hosted by Nicky Campbell, broadcast on 13 January 2013. In contemporary Western culture, the evidence for an ancient earth and universe is understood to be so crushing that to be labelled as a ‘young earth creationist’ is to become an intellectual outcast. Even more than rank stupidity, it is a position regarded as so far removed from reality that its proponents attract a degree of moral indignation as dangers to society. Given this context, what could I say? My response was that young earth creationism is a fruitful research program. In this article I want to explain that statement in the light of how we should understand the evidence of science and Scripture.

The Evidence of Science

What precisely is the evidence against a young earth that is understood to be overwhelming? It is the scientific evidence for an old earth that can be found in any modern geology textbook.E.g., see the classic work, G. Brent Dalrymple, The Age of the Earth (Stanford: Stanford University Press, 1991). Let’s grant that all this mass of evidence can rightly be understood as evidence supporting an old earth.It is because the ‘old earth’ and ‘young earth’ narratives are so different that evidence for one doesn’t necessarily count against the other. Hence the ‘overwhelming scientific evidence against young earth creationism’ cannot come from evidence as interpreted within evolutionary history. That does not, in and of itself, count as evidence against a young earth. It would only count as evidence against a young earth if by ‘young earth’ we meant a history of the universe comprising essentially the same processes and sequences of events as in evolutionary history, only speeded up in some way to fit into a much shorter time-scale. But the ‘young earth’ of ‘young earth creationism’ refers to more than a datum of time-scale. It is rather a totally alternative history (explicitly including the agency of God) that would include (see later) a unique human pair from whom all humanity is descended, a death-free original creation, and a global flood that wipes out all humanity and land animals except those on Noah’s ark.

It is because the ‘old earth’ and ‘young earth’ narratives are so different that evidence for one doesn’t necessarily count against the other. Hence the ‘overwhelming scientific evidence against young earth creationism’ cannot come from evidence as interpreted within evolutionary history. For example, the lack of sufficient water to flood the earth with its current mountain rangesErnest Lucas, Genesis Today: Genesis and the Questions of Science (London: Scripture Union, 1989), 124. does not count against a global flood covering the mountains of a pre-flood world with a very different topography. Similarly, genetic studies showing Homo sapiens could not have descended from a single pairDennis Venema and Scot McKnight, Adam and the Genome: Reading Scripture after Genetic Science (Grand Rapids: Brazos, 2017). Note how the genetic modelling cited in this book has since been challenged. See the extensive discussion between Dennis Venema and Richard Buggs: https://discourse.biologos.org/t/adam-eve-and-population-genetics-a-reply-to-dr-richard-buggs-part-1/37039/1060. do not count against a literal Adam and Eve as part of a young earth history. This is because these genetic models do not include features such as the vast ages of the first humans, the flood wiping out all but eight of them, non-Darwinian mechanisms of genetic change, and also a wider definition of humanity than the modern species Homo sapiens. What about the evidence of vast amounts of radioactive decay? This absolutely does support an old earth within the assumptions of the evolutionary model, but it may equally well be consistent with a young earth model—it all depends on the details of that model.

In other words, a detailed, comprehensive young earth model is needed before it is possible to assess how much evidence (overwhelming or otherwise) is for or against it. Given that it is highly unlikely that an evolutionary scientist (or as would be necessary, a whole team of scientists) would take the immense time and trouble to develop a comprehensive young earth model it ironically requires the work of young earth creationists themselves to come up with models that then have the possibility of falling under the weight of contrary evidence!

The development of such young earth models is itself a ‘young’ enterprise only recently attempted with very limited resources, yet it has indeed become a fruitful research program:E.g., Todd C. Wood, “A Review of the Last Decade of Creation Biology Research in Natural History, 2003-2012,” in Proceedings of the Seventh International Conference on Creationism, ed. Mark Horstemeyer (Pittsburgh: Creation Science Fellowship, 2013): n.p. https://tinyurl.com/yargttpp ‘fruitful’ in the sense that it does have great explanatory and predictive power. Overall, the more we investigate the more supportive evidence we find. Young earth creationism becomes more tenable.

For the evolutionist (including the theistic evolutionist), scientific evidence is the only evidence to consider when assessing different models of earth history. Methodological naturalism constrains the evidence and explanations available. However, the form of young earth creationism I have described is far less restrictive. The written evidence of the Creator in Scripture provides an epistemological foundation that is perfectly reliable and, as written communication, far less open to misinterpretation than an evidence pool limited to the scientific data we happen to have uncovered at this point in history.D. Martyn Lloyd-Jones, The Approach to Truth: Scientific and Religious (London: Tyndale Press, 1963).

The Evidence of Scripture

As Christians we look forward to a future earth in which, ‘there will be no more death or crying or pain’ (Rev. 21:4). How do we know this? It is not through the extrapolation from scientific observations in the present, but rather on the basis of ‘words that are trustworthy and true’ (Rev. 21:5). Scripture is our authority for understanding the past history of the earth as much as its future. Without it we are liable to misinterpret the scientific evidence relating to earth history.Kurt P. Wise, “What Science Tells Us About the Age of the Creation,” Southern Baptist Journal of Theology 11.1 (2007): 4-15.

Even though Scripture is flawless (Ps. 12:6, 18:30), our interpretation of it is not; so if we want to understand the past history of the earth correctly we do well to focus on what is most clear, most central to the narrative: the death and resurrection of Christ. I have argued in detail elsewhereStephen Lloyd, “Chronological Creationism,” Foundations 72 (May 2017): 76-99. (Available from: http://www.affinity.org.uk/foundations-issues/issue-72). Stephen Lloyd, “Christian Theology and Neo-Darwinism are Incompatible: An Argument from the Resurrection,” in G. Finlay, S. Lloyd, S. Pattemore and D. Swift, Debating Darwin. Two Debates: Is Darwinism True & Does it Matter? (Milton Keynes: Paternoster, 2009), 1-29. that the coherence of the death and resurrection of Christ as the answer to the problem of sin rests on three core doctrines that have particular relevance to how we should understand origins:

These doctrines from Scripture are the strongest evidence that the dating of evolutionary history is vastly overinflated. For example, given the cultural capabilities of Neanderthals, evidence of their interbreeding with Homo sapiens, and the fact that they are all dead, points to their humanity as descendants of Adam, requiring that they existed far more recently than evolutionary dating would require.Lloyd, “Chronological Creationism,” 81-89.

Towards a Coherent Christianity

An assessment of which models of origins are tenable needs to consider all the available evidence, including the evidence of Scripture. We readily adopt this methodology with other issues, for example the resurrection of Jesus.Attempts to reconcile the narrative of Scripture with evolutionary history actually make Christianity untenable in the face of contemporary attacks. Arguments against the resurrection on the basis of the overwhelming evidence that dead people stay dead do not convince, because they do not engage with the wider narrative of which the resurrection is part: the Creator entering his own creation.

Christianity has always faced opprobrium on many different fronts, but to be tenable it needs to be coherent. Attempts to reconcile the narrative of Scripture with evolutionary history actually make Christianity untenable in the face of contemporary attacks. This is because Christian theology is intimately tied to the history given in Scripture (e.g., 1 Cor. 15:14). Our unique human identity as the image of God, and the historic teaching of the church on sexuality and gender are tied to the ontological reality of how we have been made, not arbitrary divine decree. The goodness of God is not an abstract concept but demonstrated in the ‘very good’ world he makes (Gen. 1:31), a world without agony and death.

Christianity is a ‘package deal’ that makes the most sense of reality—from human identity to beauty, the reality of evil and suffering, our anger at death, the possibility of science and reason, the person of Jesus, our thirst for justice and, yes, the scientific evidence of past history.

Stephen Lloyd (PhD University of Cambridge) is Pastor of Hope Church, Gravesend (UK) and also works part-time as a researcher and lecturer for Biblical Creation Trust. He contributed to the book Debating Darwin, Two Debates: Is Darwinism True and Does it Matter? (Paternoster, 2009).
All posts by Stephen Lloyd
View Add a Comment
Dealing with Deep TimeFinite Games, Infinite Games, and Creation
Sapientia RSS
Newsletter Sign-up
More in Areopagite See All
More in Creation Project See All