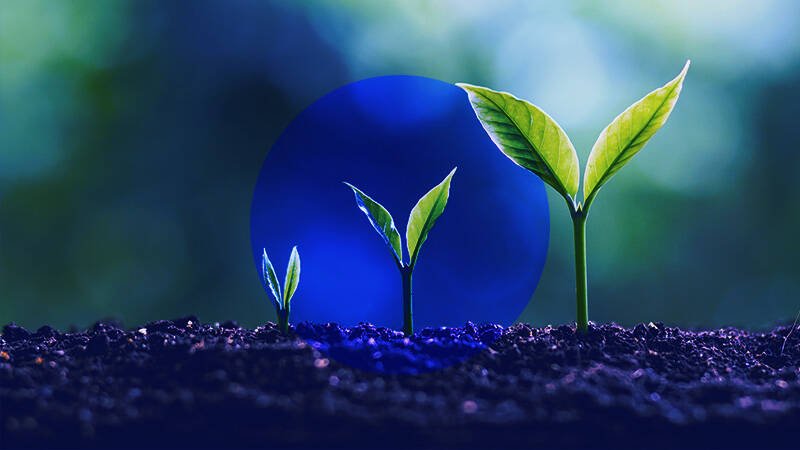 Engaging Creationists and Critics in the Infinite Game

Well Hans, you’re opening the door for others to listen in on the types of challenging discussions my colleagues and I often have at society meetings, retreats, and with students in our classes. I for one am glad for it, and welcome others to enjoy the repartee. I’m also glad that you enjoyed the finite vs. infinite game approach outlined in my initial essay. I have only come to use this particular language recently, and while my terminology is new, you’ll find similar sentiments among YEC research and presentations when you hear infinite-game phrases like “building a creation model” or “develop our research programs.”

The Scope of Infinite-Game Thinking in YEC

You asked how representative my approach is within the wider YEC movement and whether my assertion of growing interest in infinite-game thinking is based on more than personal anecdote. Without a formal survey of YEC adherents and writings, this is difficult to quantify, but consider this:This is not to say that infinite-game thinking is the majority approach in YEC circles. It is not, or at least not yet. Many still think that destroying evolution is the key to clearing the deck for YEC. reading from the other responses to this forum, you’ll see that three of my fellow respondents specifically discussed the importance of “creation models” to young-Earth endeavors. Infinite-game thinking seems well-represented in this Areopagite.

This interest in building models and conducting primary research is a welcome shift in our current thinking. Compared to the sporadic infinite-game contributions from the early 1900s through the 1980s (such as biologist Frank Marsh’s writings or Henry Morris and John Whitcomb’s The Genesis Flood), today’s students of YEC can read from a number scholars who employ infinite-game and model-building strategies to their research.Consider that a (partial) list of notable YEC geologists employing infinite-game strategies includes John Baumgardner, Leonard Brand, Art Chadwick, Tim Clarey, Paul Garner, Matthew McLain, Andrew Snelling, John Whitmore, and Kurt Wise. Similar lists could be made for astronomy, biology, chemistry, engineering, philosophy, physics, and theology.

This is not to say that infinite-game thinking is the majority approach in YEC circles. It is not, or at least not yet. Many still think that destroying evolution is the key to clearing the deck for YEC. And while I understand the need for both positive and negative argumentation in a debate, the positive, research-minded, model-building work is the only way forward if YEC is to pursue the infinite-game approach.To readers looking to find infinite-game research in the YEC literature, I suggest perusing the abstracts and papers published by the Creation Biology Society, the Creation Geology Society, and the International Conference on Creationism. These groups officially encourage and publish research that contributes towards a more robust creation model, and thus are infinite-game minded. You can also find infinite-game research published in the other YEC journals and ministry outlets, though these platforms often contain a higher proportion to anti-evolution publications and, at times, stronger rhetoric towards non-YEC views. I have found that, in my discussions with fellow creationists, professors, Christian intellectuals, laypeople, and especially among YEC-minded students, the call to endeavor in the infinite-game of discovering God’s works guided by his inspired Word resonates and satisfies in ways that finite-game anti-evolutionism never does.

We know from experiments and observations that modern marine organisms can thoroughly mix freshly-made sediments in just hours to days, removing all evidence of fine layering.See Murray Gingras, et al. “How Fast Do Marine Invertebrates Burrow?” Palaeogeography, Palaeoclimatology, Palaeoecology 270 (2008): 280-286. The authors reported that with only ten burrowing marine organisms, a one-meter square unit of sediment was fully bioturbated in 42 days. Higher organism densities (such as those seen in modern estuaries and continental shelves) thoroughly bioturbated that same square-meter in just one hour. If we grant Steve’s position that the planet is ancient and that past geological processes are similar to those seen today,This concept is referred to as actualism, which considers modern processes as useful guides to the past, but recognizes the geological importance of low-frequency, high-intensity natural events with which we have few or no modern experience (e.g., massive glaciations and cataclysmic asteroid impacts). It is not as philosophically rigid as the more familiar term uniformitarianism, often summarized by the phrase “the present is the key to the past.” then let us ask: Would we expect to find abundant evidence of undisturbed sediment in the geologic record?Some environments, such as oxygen-deprived regions, would be an exception to this rule. Or would the regular activity of burrowing organisms destroy nearly all fine layering, resulting in the majority of strata being mottled, indistinct, and thoroughly bioturbated?

Given that modern bioturbation rates are instantaneous within the context of deep geological time, we would expect a preponderance of the sedimentary record to be heavily bioturbated. But since finely-laminated sediments are indeed abundant,Note that Steve Moshier provided example of other bioturbated units, but did not question Brand and Chadwick’s specific findings from their study. then it is the frequent presence of abundant finely layered sediment that poses a problem, not the presence of sporadic (or even occasionally significant) bioturbation.

I believe that YEC can provide a better understanding of these data. Given the biblical description of the flood with global extent, immense power, and year-long duration, we would expect that high sedimentation rates would result in abundant finely layered sediment.Are there geologic formations that show more bioturbation than those in Brand and Chadwick’s study? Certainly. But finding extensive bioturbation in some rocks is not as challenging to YEC models as the lack of bioturbation in so many rocks is for an ancient Earth. During most of the flood, these high sedimentation rates rapidly bury organisms too quickly for them to move and burrow before they die.

Yet there is also time and opportunity during the flood for some bioturbation to occur because the geological processes during the flood were not uniform. Rather, the flood was a dynamic event with rapidly changing environments, fluctuating water depths, varying sedimentation rates, and occasional pauses in geological activity. Given how quickly organisms work in the modern world, then even brief pauses during the flood provide organisms with opportunities to scurry and meander, leaving behind the sporadic evidence of their attempts to survive before the next catastrophe seals their fate.

With this in mind, consider two of Brand and Chadwick’s interesting findings from their survey of over one vertical mile of sedimentary deposits. First, while bioturbation could be found in nearly all of the geological formations they mapped, the distribution of bioturbation within the formations was rare and sporadic (approximately 90% of their measured section had little to no bioturbation). Second, the most extensive bioturbation is found near the top of sedimentary formations. These are precisely the regions that mark changes in water depth, sediment sources, and flow direction; they mark pauses in the geological action at the formation’s surface while lower portions of the formation record sedimentation rates too fast for much bioturbation to occur. Are there geologic formations that show more bioturbation than those in Brand and Chadwick’s study? Certainly. But finding extensive bioturbation in some rocks is not as challenging to YEC models as the lack of bioturbation in so many rocks is for an ancient Earth.The situation is akin to a political district polling heavily towards, say, the Democrat Party. The fact poll workers record some Republicans living there would not warrant marking the district red on the map.

Concerning the question of coal, Steve Austin did not claim that his model for Kentucky No. 12 applied to all coal beds, and there has been much subsequent work by both Austin and other researchers on this topic. Most YEC geologists consider that the Appalachian coals were formed rather early during the year-long flood when a large “floating forest” biome was broken up.For a layman’s survey of the floating forest model, see “Sinking a Floating Forest” by Kurt Wise. The YEC technical discussion on this topic is quite vibrant, with research publications from M. Allen, S. Austin, W. Bruce, R. Sanders, J. Scheven, G. Schonknecht, S. Scherer, K. Wise, and J. Woodmorappe. This model explains several unusual features of these Carboniferous coals, and provides an answer to Steve Moshier’s question of how multiple layers of coal would form during Noah’s flood: as these vegetation mats broke up, the plant material falls through the water column, forming sequential layers of coal interspersed among marine and transitional-terrestrial deposits.

Steve Moshier’s further challenge that the sheer volume of coal cannot be accounted for by YEC models can be answered by recognizing that 1) pre-flood terrestrial forests are not the only source for coal since the floating forests provide additional biomass; and 2) the stratigraphically higher coals, such as the large Cenozoic deposits of the Gulf and western states, are likely post-flood deposits that represents a mix of transported and in situ environments. These sources provide both additional biomass (prior to the flood) and extend the growing time (after the flood) needed to produce our existing volume of coal within a YEC timeline.

Hans, one final topic remains: can young-earth creationists truly engage in the scientific enterprise, or are we stuck because (as you ask) “scientists committed to methodological naturalism cannot in principle judge the validity of this YEC work fairly?” I believe we can.Presenting the best work you can with charity and integrity, even in the face of hostility, is the best way to show that young-earth creationists are dedicated to discovering the magnificent works of the Lord our God. Like you, I am a scientific realist, committed to the principle that we can discover reliable truths (small “t”) from our investigation into the Creator’s world.

To advance our case, I favor a two-pronged approach. First, pursue the infinite game of discovering God’s works while guided by his infallible Word. This is the in-house work of building a creation model and testing its predictions. This is actually risky work, because as Stephen Lloyd noted, “it ironically requires the work of young earth creationists themselves to come up with models that then have the possibility of falling under the weight of contrary evidence!”

The second prong is external engagement with professional colleagues at meetings and in publications. These colleagues possess a wealth of expertise and insight, regardless of our disagreements. However, I do believe that their commitment to methodological naturalism is an obstacle to fair evaluation. After all, professional societies and journals are officially hostile towards YEC (and other non-materialistic views), as are the majority of academic departments that train our scientists.I’ve experienced such hostilities first-hand and can attest to both individual- and institutional-level persecution. Yet I find nowhere in the Scriptures that persecution is an adequate cause to cease pursuing God. Quite the opposite! But these entities comprise individuals who are often less philosophically rigid than the rules and guidelines provided by their institutions. Presenting the best work you can with charity and integrity, even in the face of hostility, is the best way to show that young-earth creationists are dedicated to discovering the magnificent works of the Lord our God.

Marcus R. Ross (PhD University of Rhode Island) is Professor of Geology and Director of the Center for Creation Studies at Liberty University. He is interested in issues surrounding the creation-evolution controversy and the intersection of geology with the biblical events of creation and the flood. He has published articles in the Journal of Creation and Answers Research Journal, among others.
All posts by Marcus Ross
View Add a Comment
Lest Anyone Cheat YouThe Author of an Autonomous Creation: Chance, Providence, and Divine Action
Sapientia RSS
Newsletter Sign-up
More in Areopagite See All
More in Creation Project See All