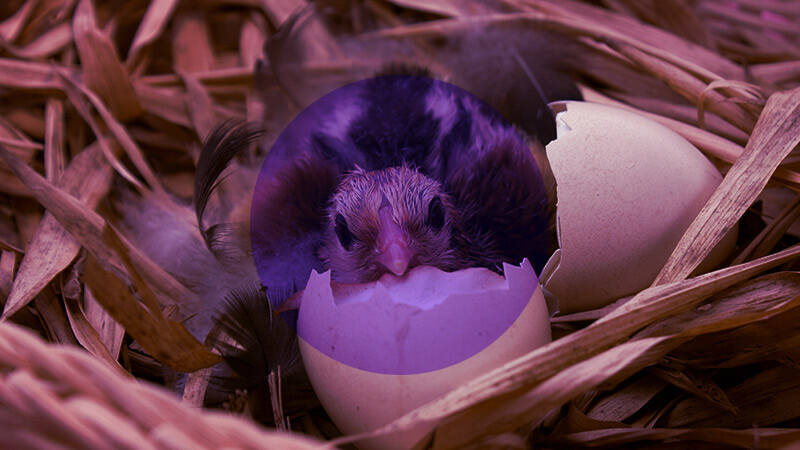 Lest Anyone Cheat You

Echoing Paul’s words before King Agrippa, I consider myself fortunate to stand before you today as I make my defense of young earth creation despite the “overwhelming evidence” embraced by old-earthers. Thank you for your amicable yet pointed questions.

The Stones Cry Out

You noted that most geologists would sharply disagree that Noah’s flood has immense explanatory power. I believe their disagreement reflects a systemic bias due to their peer-pressured commitment to uniformitarianism and a commitment not to look like a cornpone before a secular scientific community. I’m not advancing a conspiracy theory because the shift toward old-earth was not covert. It was a gradual yet overt breakaway from sound hermeneutical principles in many seminaries across Europe and the U.S. This shift is well documented in The Great Turning PointTerry Mortenson, The Great Turning Point: The Church’s Catastrophic Mistake on Geology – Before Darwin (Green Forest: Master Books, 2004), 272. and Coming to Grips with Genesis.Terry Mortenson, Coming to Grips with Genesis: Biblical Authority and the Age of the Earth (Green Forest: Master Books, 2008), 478.

Geologic features and fossils are quite easy to reconcile with a world thousands of years old, if we grant Noah’s flood. The catastrophic nature of this event makes much more sense if we look at the vast extent of continental and intercontinental marine-fossil-bearing rock units. Yes, flood geology is the best explanation. That doesn’t mean there aren’t conundrums to work through, but the early geologists who started advancing old earth narratives of earth history were not noble, objective searchers of truth. Many of the scientists involved in this paradigm shift toward an old earth were either atheists, deists, or nominal Christians (Werner, Laplace, Hutton, Cuvier, Lyell, etc.) and felt no obligation to reconcile their theories with Scripture. In fact, Lyell’s aim was to rid Moses from the science of geology. Even the old-earth geologists who were Anglican clergy like Buckland, Sedgwick, and Conybeare never attempted to square their theories with Scripture.Ibid. In a word, most of the academic community sold the farm.

You asked, “If a global flood is the best explanation for the evidence, why did they not discover this?” It appears they didn’t even try. During this period in history, man’s reason was increasingly exalted over the word of God. Lip service was paid to Scripture with regard to morality and personal piety, but scientific theorizing was ostensibly exercised without regard to Scripture especially in matters pertaining to earth history and the physical world.

My response to the multiple radiometric dating methods supposedly authenticating each other is to refer you to a series of papers in Answers Research Journal by Andrew Snelling.See, e.g., https://answersingenesis.org/geology/radiometric-dating/determination-radioisotope-decay-constants-half-lives-potassium-40/; and also https://answersingenesis.org/geology/radiometric-dating/determination-radioisotope-decay-constants-and-half-lives-rubidium-87-87rb/ In short, the conclusion that the decay rates do not change over time is unjustified. Why? The decay constants (half-lives) of the other parent radioisotopes have been calibrated against the decay constant of U238. This ensures that the derived ages for the same rocks will give the same ages.

Regarding your point about isochron dating providing geochronologists with the amount of daughter isotope in the sample at time of formation, I will briefly point out that it is merely assumed that the lower intercept on the y-axis of an isochron indicates the initial amount of daughter isotopes. But this cannot be proven. A personal communication from Andrew Snelling indicated that in the classic examples of the recent Uinkaret Plateau basalts in the western Grand Canyon and the ancient Precambrian (pre-Flood) Cardenas Basalts deep in the Canyon, both have yielded essentially the same Rb-Sr isochron age. Moshier claims that the Rb-Sr “ages” are invalid for the Uinkaret basalts because they were formed from many lava flows, yet he is inconsistent in accepting the Rb-Sr isochron age for the Cardenas Basalt that consists of at least six flows. That’s because the secular scientists accept the Rb-Sr isochron date for the Cardenas Basalt as valid. In both examples, the lower intercept on the y-axis does not reveal the initial amounts of daughter material.

I turn now to Randy Isaac’s objections with the RATE project which have been addressed in multiple places. However, regarding helium diffusion rates, Isaac’s objections are unfounded. The conventional view doesn’t take into account the ever present and continual low temperature diffusion, which is what the RATE team had measured in a secular geochronology lab by a world expert from Cal Tech. In response to Isaac’s objection on how the RATE team measured helium diffusion ratesAll of this demonstrates that they did not engage in sloppy science and it behooves old-earthers not to assume they did. RATE and other YEC research should be evaluated on their own merits. (in a laboratory vacuum rather than in high pressure field conditions), the team noted that, “Diffusion rates in our zircons were influenced far less than one percent by removing them from underground pressures to a vacuum chamber.”See https://www.asa3.org/ASA/PSCF/2008/PSCF3-08Bertsche.pdf Humphreys also addresses these concerns in detail in “Helium Evidence for A Young World Overcomes Pressure.”See www.trueorigin.org/helium02.asp.

Another facet of the RATE project I mentioned is the inexplicable levels of C14 in coal and diamonds purported to be tens-hundreds of millions and 1-3 billion years old, respectively. Isaac’s claim that the presence of C14 in coal and diamond could be due to contamination or neutron capture is assuming that these men have not exercised scientific due diligence. On the contrary, these highly credentialed, conscientious scientists were committed to the state-of-the-art procedures of geochronology, including harsh pre-treatments of samples. The RATE team was also mindful of the neutron capture possibility. They found that the neutron fluxes occurring deep underground are not sufficiently high enough to alter their conclusions. All of this demonstrates that they did not engage in sloppy science and it behooves old-earthers not to assume they did. RATE and other YEC research should be evaluated on their own merits.

I will briefly address Mary Schweitzer’s hypothesis suggesting that iron can act as a soft tissue preservative. It has been shown by researchers (including old-earthers) that it may have a preservative effect over shorter periods of time but it is insufficient to preserve dinosaur soft tissue over deep time. Kevin Anderson has addressed and referenced its inadequacy in Echoes of the Jurassic.Kevin Anderson, Echoes of the Jurassic: Discoveries of Dinosaur Soft-tissue (Creation Superstore, 2016).

A Time for Strong Words

You mentioned that my tone shows little sympathy for serious Christians who think differently. You also intimated that I might be overplaying my hand. Thank you for your frankness. If I strongly assert to a drowning swimmer that the flotsam he is clinging to will not save him, and that my boat most assuredly will, I could be deemed offensive (especially if he’s grown fond of the flotsam),This issue is not just an intermural debate among academic Christians. It’s a matter of immense importance: the authority of Scripture and consequently the health of the Church. but to refrain from expressing my deep conviction of the salvific nature of my boat would be quite unsympathetic. Jesus was often offensive to his followers, yet his whole life was an act of love. Paul rebuked Peter publicly because Peter cowed to the Judaizers who came from James. People might think Paul overreacted and showed little sympathy to Peter. What’s the big deal about a little adjustment to the seating arrangements at the church potluck? But Paul saw that the gospel was at stake. The age of the earth, though a different issue, has strong parallels. I’m a powder-puff compared to Jesus and Paul. True love may indeed cause offense.

This issue is not just an intermural debate among academic Christians. It’s a matter of immense importance: the authority of Scripture and consequently the health of the Church. The disastrous theological apostasy that occurred in seminaries across Europe and the U.S. during the nineteenth and twentieth centuries often began with a compromise over the historicity of Genesis. How many churches across the world are dead and devoid of the gospel because theologians and clergy wanted to mold Scripture to fit the secular narrative of earth history? This isn’t a time for soft words. It is a time for strong words which aren’t necessarily unloving. When Genesis is reinterpreted to conform to secular science, it is simply a matter of time before Christ’s birth, miracles, resurrection, and ascension are called into question.

On the other hand, we must also play a finite game. Just because some of our YEC brethren fight badly and our opposition refuses to admit defeat, that doesn’t mean we should only engage in an infinite game. As Christians, we are in a war of worldviews. We are called to “destroy arguments and every lofty opinion raised against the knowledge of God, and take every thought captive to obey Christ” (2 Cor. 10:5). This war (as in all wars) entails both building (infinite game) and destroying (finite game). We must do excellent research to interpret all the paleontological, geological, biological, and astronomical data in light of the Scriptures. At the same time, naturalism, uniformitarianism, and Darwinism are strongholds that set themselves up against the knowledge of God and must be destroyed. These vain philosophies have taken captive millions of people, unbelievers and believers alike. The Scripture has either been rejected by unbelievers or molded into bizarre shapes by many believers. Should I refrain from speaking the truth in love because I might offend sincere Christians? What would Jesus do?

Gordon Wilson (PhD George Mason University) is Senior Fellow of Natural History at New Saint Andrews College in Moscow, Idaho. He regularly writes popular articles for Answers magazine and is the author of a biology textbook called The Riot and the Dance (Canon, 2015). He is also the narrator of a nature documentary called by the same name.
All posts by Gordon Wilson   |   follow on
View Add a Comment
Clarity on the MethodologyEngaging Creationists and Critics in the Infinite Game
Sapientia RSS
Newsletter Sign-up
More in Areopagite See All
More in Creation Project See All