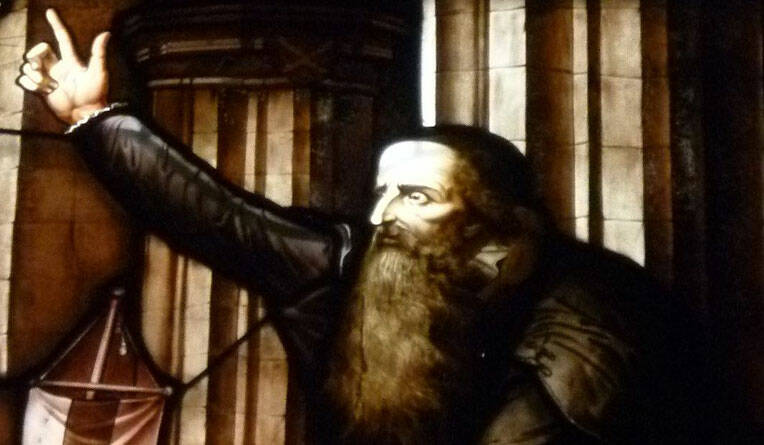 Be Courageous–Every Knee Shall Bow to Christ

Known for his fiery preaching, in this letter to two English churches (Epistle to Newcastle and Berwick), Scottish reformer John Knox (1513-1572) demonstrates his zeal. Imploring his audience to humility, he reminds them that the Lord’s calling is not instituted to fulfill their own desires and appetites. Instead, they should be resolute, ready to serve the Lord at the time appointed, lest they return to darkness.

Therefore God exalted him to the highest place
and gave him the name that is above every name,
that at the name of Jesus every knee should bow,
in heaven and on earth and under the earth,
and every tongue acknowledge that Jesus Christ is Lord,
to the glory of God the Father.

God did not call you from darkness to light; he did not send his Son Christ Jesus to you, condemning and refusing many thousands more noble, more wise, more ancient and more mighty that you are or ever were; God (I say) did not so familiarly communicate himself with you, in his only Son Christ Jesus, to the end that you at your pleasure and appetite, or for the fear of worldly men, for losing of goods and corporal life, should return to darkness, and that you should refuse to serve that sovereign Prince in the day of his battle, before whom all knees shall bow.

“In Suffering God Seems Absent But Still The Holy Spirit Works In Us” John Knox on Psalm 6:4-5.