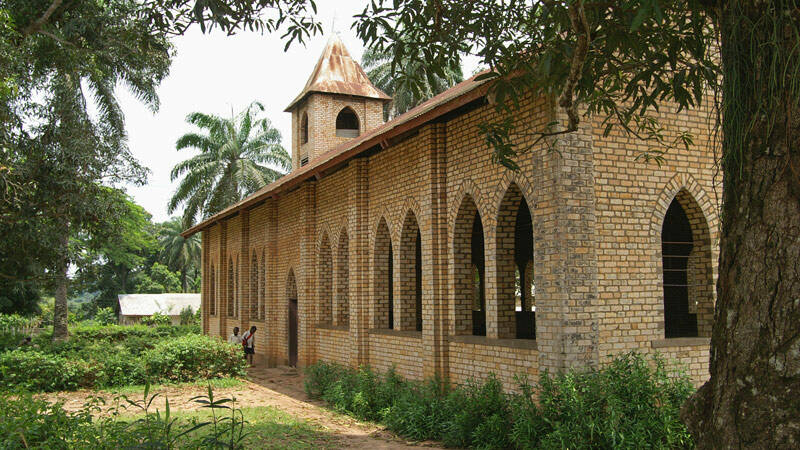 Actual cases of pastoral interventions where witchcraft suspicions and violence are present, especially interventions that have seemingly positive outcomes, is something I’d like to hear more of.  Tim Stabell just emailed me from DRC describing such a case reported to him by a Congolese pastor in his class.

I’ve been interviewing some of the theology students in the theological faculty of the school where I’ve been teaching the past month and a half since our conference on witchcraft and witchcraft accusations. Fascinating stuff. My immediate goal is to look for themes in the stories they tell about how they have approached cases that involve witchcraft as pastors (all of these men have had years of pastoral experience before coming back to school for further training). A longer range goal would be to then present these themes for group discussions, asking which stories or principles best illustrate what we would all want to accept as best pastoral practice in the light of relevant biblical teaching (about God’s sovereignty, Christ’s victory over the powers, unity and love in the body of Christ, love for the lost, etc.).

Here’s a sample story from the interviews I’ve done so far that I found particularly interesting. One of the guys told me about his encounter with a young man who for some time had been a faithful member of the church where he was at that time serving as pastor. (I’ll use the name Joseph for the student/pastor, and the name Peter for the young man.) Peter it seems had been struggling financially for some time. His business appeared to be doing well enough, but he couldn’t seem to get ahead. To him it felt like he was dealing with an enemy—a witch—who was blocking his progress. One of Peter’s friends convinced him to consult a mufumu (a local medium claiming the ability to deal with witches). This mufumu identified one of Peter’s aunts as the witch responsible for his troubles. So Peter traveled out to his aunt’s village and vented his frustration by beating her up and almost killing her! When the church heard about this, the elders rightly suspended him from communion. However, Joseph decided to go the extra pastoral mile and pay Peter a visit. As he probed a bit into the background of Peter’s story, he came to the conclusion that Peter really didn`t know how to manage his money. So he gave him some guidance, and helped him establish a regular pattern of savings. “Let’s see,” he suggested, “if those witches get at your savings account.” Before long, Peter was able to buy his own plot of land, build a small house, and purchase a bicycle! In this case at least, the problem was quite clearly one of poor financial management practices rather than the occult powers of jealous others.

Robert Priest (PhD University of California, Berkeley) is Professor of Anthropology at Taylor University. His research interests include ethnicity, short-term missions, witchcraft, preaching and culture, money and missions, and religious conversion.
All posts by Robert Priest   |   follow on &
View Add a Comment
Carl Henry Audio Series: “How to Hold It All Together”Church Leaders and Theologians Tackle Challenge of Witchcraft and Witch Accusations in Africa
Sapientia RSS
Newsletter Sign-up
More in News & Events See All
More in Witchcraft Accusations See All