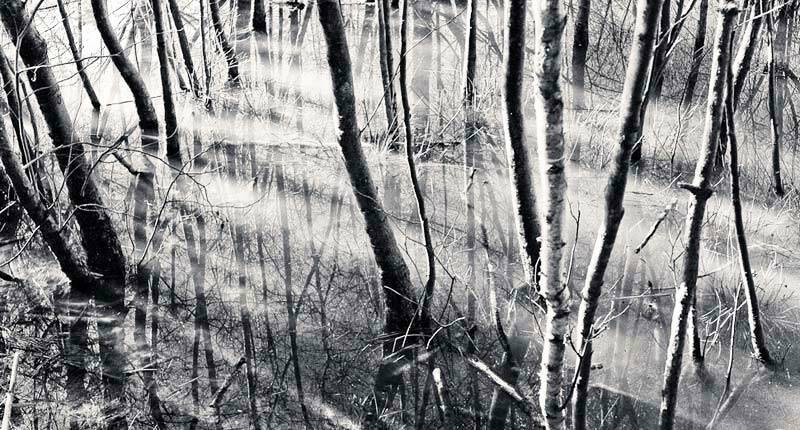 It was around 1990. I was teaching in America at a seminary and Bible college. During a monthly time of staff prayer, our school’s difficult financial problems and damage from a recent storm were mentioned. When other prayer requests were solicited, Bill (a person on staff) mentioned that there was a group of witches that was “praying” against our school.

Nobody commented on this, but Bill then led us in prayer that God would protect us. I was puzzled since I had not thought “prayer” was the right word to talk about what witches did, but I was busy with other matters and did not probe further. The next month at prayer time, Mary (another staff person) mentioned that there was a coven of witches meeting every Saturday night to pray against our school. Again no one commented. I wondered how Mary knew this. The following month Bill told our prayer gathering that there was a coven of 200 witches meeting in the woods every Saturday night right down our own road to pray against our school. As we walked out of this prayer meeting I asked Bill how exactly he knew all this.

He mentioned the name of an older revered faculty member, Dr. Clinton (a pseudonym), as his source, and claimed that Dr. Clinton had actually directly observed this coven’s meeting. I had to admit the image of venerable Dr. Clinton sneaking around in the woods to spy on and carefully count a group of witches struck me as rather improbable, and some of my skepticism must have shown, since Bill then pointed out that Dr. Clinton had spent the past week in the hospital, put there because of witchcraft.

If our considerations of such experiences is to be of value, it is important that we not only retell the stories, but also attempt to highlight observations that will help us wisely make sense of all this.

The following week I met Dr. Clinton walking across campus. After brief chit-chat I said, “I understand you attended the meeting of a coven of two hundred witches down the road and that you then ended up in the hospital last week because of witchcraft!” Dr. Clinton said, “What!? No, I’ve always had allergy problems and especially at this time of year. But this year I had a worse attack than usual.” I asked, “What about the coven of witches?” “Yes, he replied, there is such a coven.” “And they pray against our school?” “Yes,” he replied. “And there are two hundred of them?” He hesitated. I asked if he had himself attended and observed as reported to me, and he said, “No.” He informed me that if I really wished to know the details about this I should speak with John Baldwin, which is where Dr. Clinton had learned his information. John Baldwin was a local youth pastor at a large church my family and I had recently begun attending.

Over the prior few months he had been teaching high school students about spiritual warfare, and about things like witchcraft, learned from speakers and authors like Michael Todd, Mike Warnke, and Rebecca Brown. So I told Baldwin that people at my school were saying there was a coven of two hundred witches in the woods down the road praying against our school every Saturday night. He said that was correct. I probed and asked how he knew all this. He told me about a young man in high school who had attended his youth group for several months, and who then had coffee with Baldwin and informed him that he himself was a “warlock” and that he was part of a coven that prayed against Christian organizations.

I asked, “Did he specifically say that he prayed against my school?” John was silent, but finally conceded that he could not recall that this young man had mentioned the school by name. But since our school was a leading Christian institution in the city it made sense, he argued, that our school would be one of the organizations being prayed against. I asked about the coven of witches down the road from the school. He told of another high school girl who also had recently attended the youth group, who called him late one Saturday night, asking him to pick her up from a gas station on that same road and drive her home. Apparently she was stranded and had been unable to contact anyone else. But she wouldn’t tell him what she was doing there. Finally she reportedly told him that she was attending “a coven of witches.” I asked, “Did she say the coven met on that road?” “No,” he replied, “but since I picked her up there it makes sense that’s where it was. “Did she say the coven met every Saturday night?” “No,” although it made sense to him that they would probably meet at the same time each week. “Did she say how many people were part of her coven?” “No,” again.

If our considerations of such experiences is to be of value, it is important that we not only retell the stories, but also attempt to highlight observations that will help us wisely make sense of all this. The following are a few observations from this episode.

1. This story is exceptional in most American Christian contexts.

First, it is worth highlighting how unusual this story is for most contemporary Christians in America. When I asked fifty American students if they had ever heard anyone attribute misfortune to witchcraft, only two said they had, and both said it was while living overseas. While I’ve encountered a fair number of Americans over the years who believe in such things as astrology, reincarnation, channeling, water dowsing, and the presence of extraterrestrial aliens that kidnap and sexually abuse people, in my many years living in the USA, other than among recent immigrants, I’ve personally only encountered this one situation (that I can recall) where American Christians attributed misfortune to a witch or witches. This is not a common occurrence among most Americans.

2. The motives for this story are to solicit prayer, not accuse individuals.

Second, in this account, the stories were not intended to name actual people as witches, but simply to report nameless persons said to be witches. In much of the world, witch stories are more pointedly about actual human beings that are being accused of atrocities. While all of these stories are consequential, when stories actually involve naming real people as supposed murdering witches, it becomes doubly important that we think carefully through how we know what we think we know.

3. The story is embellished with retellings.

Third, as is common with such stories, people begin with some actual small observation(s), and embellish and repeat the story, with each listener further embellishing and repeating—until eventually one gets the story embellished to the place where there is a weekly gathering of two hundred witches in the woods down the road praying against a Bible college and seminary, and where a venerable seminary faculty member attended the coven, counted the witches, and ended up in the hospital.

One implication for those of us trying to understand witchcraft and witch accusations, is that such stories must be carefully tested rather than simply accepted at face value and repeated. When I probed, I learned how little of the story was reliable. In retrospect I should have asked to interview the two teenagers involved.

Even now I still do not know for sure what was going on. Were both of these high schoolers deliberately playing off of the youth pastor’s beliefs about such things? Was the girl actually attending a group with Neo-pagans/Wiccans—a group that was present in our city, and where members often identified themselves as witches, but where they meant by the term something very different from persons who try and harm others. It is simply not true that Wiccans spend time “praying against” Christian organizations. Because I did not check further, I don’t know for sure what was going on with these two teenagers. None of us do.

5. The primary instigator was influenced by the teaching of questionable sources.

Finally, it is worth pointing out that the stimulus for this whole episode was a youth pastor teaching about spiritual warfare. Even the two teenagers he appealed to as validation of his claims had first been listening to him teach about witchcraft for several months. The books John was reading were influenced by Michael Todd, Mike Warnke, and Rebecca Brown—all of whom reported lurid firsthand experiences with multi-generational witchcraft in America, and who influenced a whole generation of spiritual warfare authors, but each of whom was subsequently exposed for propagating claims that were proven to be completely fraudulent. At this same time, two or three faculty at my own school were also teaching about spiritual warfare and assigning readings that uncritically repeated some of these subsequently discredited stories about witchcraft. That is, it was this larger set of influences that shaped the context in which these stories were nurtured and repeated and found to be credible. A similar pattern seems to be present elsewhere, with Opoku Onyinah having shown in his writings that such spiritual warfare writings have shaped people’s ideas about witches in Ghana.

This case stands as a warning that it is possible for the church itself to contribute to the creation of false stories about witchcraft. It is thus incumbent on those of us in leadership that we exercise care in evaluating the stories that we hear, and that we exercise great restraint in not repeating stories that we are not completely sure are accurate and true. We should pursue efforts—with even greater care and persistence than I did—to evaluate the stories that Christians tell and repeat about witches.

Robert Priest (PhD University of California, Berkeley) is Professor of Anthropology at Taylor University. His research interests include ethnicity, short-term missions, witchcraft, preaching and culture, money and missions, and religious conversion.
All posts by Robert Priest   |   follow on &
View Add a Comment
What Is the Black Church?Witchcraft as Abuse of Religion
Sapientia RSS
Newsletter Sign-up
More in Church & Culture See All
More in Witchcraft Accusations See All