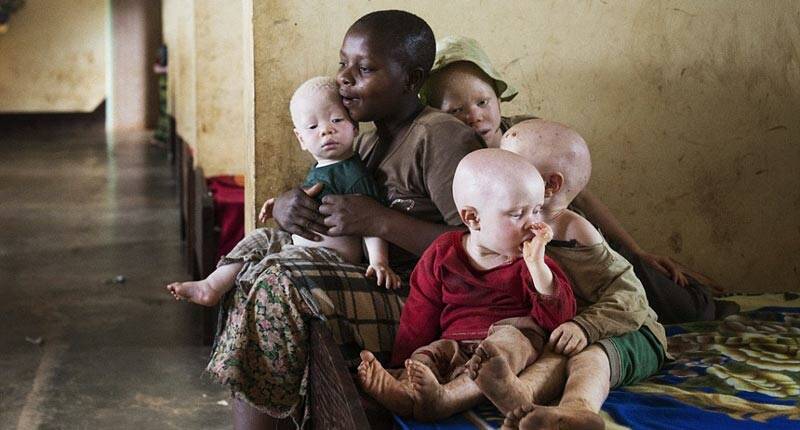 Witchcraft belief and practice is an African attempt to square the reality of human suffering with the belief in God (theodicy). To the African, God is good and he cannot wish evil or any pain to befall any of his children.

Africans generally believe that God is a loving Father who is always blessing his children with good things such as good harvest, good health, marriage, children, prosperity etc. Therefore, evil cannot be associated with God, it must have its source or cause elsewhere.Africans, just like other human societies, seek to reward the good deeds and punish evil doers. Evil and all human suffering must have a cause. Usually, the culprits are Satan, evil spirits, or aggrieved ancestors who bring suffering on human beings. Witches are perceived as the physical embodiment of evil who are egregious when it comes to inflicting human suffering. They are the major players in causing human suffering.

Africans, just like other human societies, seek to reward the good deeds and punish evil doers. Evil and all human suffering must have a cause. The cause is not considered to be impersonal such as a virus. The cause is usually somebody else who causes the suffering. Somebody must cause human suffering. For example, the African will acknowledge there is a virus called HIV that causes Acquired Immune Deficiency Virus (AIDS) but will in addition believe that a witch was probably behind the AIDS that made the person sick or even dead. A bite from a mosquito can cause malaria but the African will have no difficulty believing that an aggrieved uncle/aunt transformed himself/herself into a mosquito and caused the malaria. A very common one is that snakes and scorpions could be sent by a “witch” to bite or sting a person. A few years ago, I saw a giant scorpion in my house. I killed it and posted its picture on my Facebook page. I received over a hundred comments with several suggesting that some witches had visited me with the intention to harm.

The Logic of Witchcraft

Briefly, the worldview of the African or more specifically the logic of witchcraft accusation is personalist. When confronted with the problem of human suffering, the focus is not on WHAT CAUSED IT, but WHO CAUSED IT. God, Satan, and even malevolent spirits cannot be physically made to pay for the suffering and pain, someone or somebody must be blamed and of course made to pay for the evil caused. It is precisely at this point that witchcraft belief plays a significant part. Witches are considered to have body and so are blood beings that can be seen, touched and accused and even punished for causing human suffering. Whether or not, they personally cause the pain such as sickness, impotence, famine, floods, or even death, it is significant that they are blamed and punished. The scapegoats in witchcraft accusations are those who are fingered as the ones that are responsible for causing human suffering. Whether or not by direct accusation by aggrieved relatives, a witchdoctor, priest, sangoma, or even the preacher, or even by confession, the “witch” fits very well with the scapegoat paradigm and he or she must be punished.

A couple of real stories will demonstrate my point. In 2010, one of my pastors during a pastoral visit had a sudden heart attack and died. This came as a great shock to the wife who knew her husband to be very healthy when he left home that morning. After the husband was buried, rumors started making the rounds that she had bewitched her husband. The Church members did not want to associate with her. Basically she had no defense whatsoever and was vulnerable to accusations which, of course, she could not defend herself nor could anybody else defend her.In the Church, members did not want to sit with her because she was accused of killing her husband. She was believed to be the killer of her husband and must suffer for her cruel act.

Another story that is very close to me is that an older woman from my mother’s side was not only accused of witchcraft but was tortured brutally. The family had experienced some deaths in the family. Naturally, this woman was believed to be the “witch.” Because, the woman was married and never had a child, consequently her husband divorced her. Further, her father and mother had died and she never had any biological brother. One need not to look further to find a responsible agency than the woman. This woman became a victim through the hands of her family members. They beat her, and used knife to lacerate her skin and sent her packing from where she was living since she was divorced by her husband. It is at this point that she came and lived with my mother in my own house in the village. Basically she had no defense whatsoever and was vulnerable to accusations which, of course, she could not defend herself nor could anybody else defend her. The deaths in the family must have been brought by somebody and that person must be punished. Unfortunately, she was the scapegoat and had to suffer for it.

The vulnerable and the defenseless such as widows, widowers, elderly, children, albinos, orphans etc are more often than not the scapegoats in witchcraft accusations who suffer all kinds of persecutions even to the extent of death. An older man, a few years ago lost his life because his son accused him of killing his son through witchcraft. It was reported that after the child had been buried, the aggrieved son took a spear and followed his father to the farm and speared him to death. The rationale is simple; somebody must have caused the death of his son and must be punished for it. In this case, it was his father that served as the scapegoat! The African search for the WHO instead of the WHAT in witchcraft beliefs and accusation will continue to inflict untold hardship, persecution, intimidation, harassment and maltreatment of the vulnerable and innocent people. In my mind, it is a problematic perception that must be examined thoroughly and transformed.

Samuel Waje is a graduate of JETS (BA) Western Seminary (MAET) and a PhD from Trinity Divinity School He is the current ECWA General Secretary and Executive General Secretary of Evangelical Fellowship International.
All posts by Samuel Waje Kunhiyop
View Add a Comment
Theological Anthropology: A Review of Webster's "Eschatology, Anthropology, and Postmodernity"Science & Religion: Must They Be in Conflict?
Sapientia RSS
Newsletter Sign-up
More in Church & Culture See All
More in Witchcraft Accusations See All